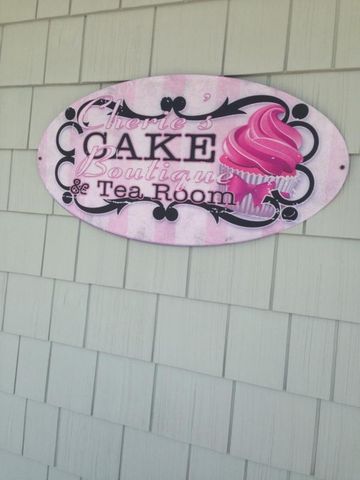 CALLAWAY COUNTY - A new business is open after a severe snowstorm a year and a half ago.

Hazel Kinder's Lighthouse Theater closed in February of 2013, after heavy snow and ice caused its auditorium roof to collapse. Cherie's Cake Boutique and Tea Room is now open inside the lobby of the old theater.

Cherie Rutter remembers driving by the lighthouse after the storm thinking "This would be the cutest spot for my tea room." After the Kinders decided not to rebuild Rutter decided to renovate the theater's lobby.

Owner Cherie Rutter heard Hazel Kinder was leasing the lobby of the theater and decided to take action.

"In December of last year my friend that owns the winery here said, 'Hey we just heard that Hazel Kinder is going to lease out her lobby for business and she wants something similar to yours in there,' so that's kind of how it came to be," said Rutter.

Rutter started baking 30 years ago and originally ran her cake boutique from her home. Now that she's opened her own shop she is happy about the extra room.

"This gives me a lot more space, it's handicap accessible, it has a big parking lot, and I liked the appeal of the front of the building," Rutter said.