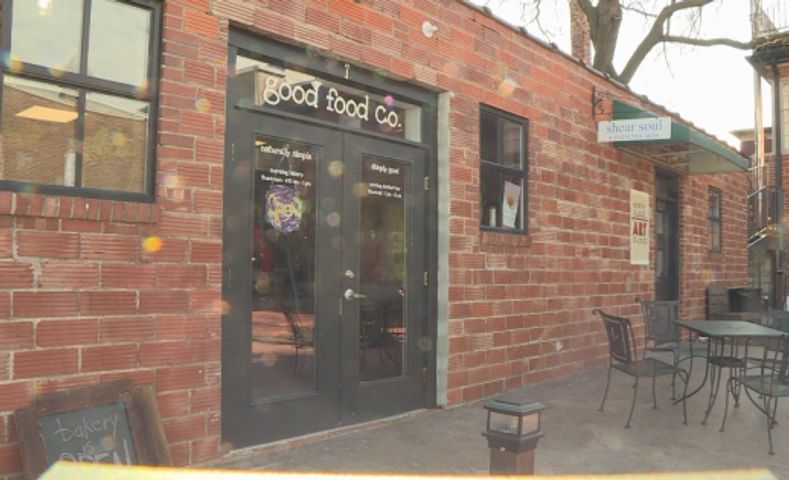 COLUMBIA - Running a new business is no easy feat, especially when the start of one of Columbia's biggest events falls on your business' second-month anniversary.

Jill Rostine opened Good Food Co. on January 1. Currently, she is her only full-time employee.

"I'm just finishing up the job of being the general contractor building this place, so I'm still kind of wearing a lot of hats and juggling," she said. "So the days are long and the sleep is not."

The True/False Film Festival was the bakery's first experience of a rush period. Opening her shop just after fall and winter's frenzy of holidays, Rostine was working hard to meet the demands of the over 50,000 ticket holders of True/False.

"There's an expectation that it will be a big boost for any restaurant," she said. "There's a level of pressure to like, go big."

What started as a booth in the Columbia Farmer's Market turned into a small but vibrant bakery in the North Village neighborhood.

Rostine said as she works to develop the business on her own -- working as the shop's cashier, food runner, head chef and general manager -- she occasionally has days in which she needs some assistance. True/False weekend marked some of those days.

"This city comes alive in a way but it also is a huge strain on every business," Rostine said. "Every restaurant is packed and they bring on more staff, well I have no staff so..."

Rostine welcomed any and all of her community members who we're willing to stop in and lend a hand.

"I started trying to gather a posse of people who would come in and do a load of dished and sweep the floor," she said.

And much to her delight, some of her neighbors were eager to pick up a broom.

"Its just a great way to contribute and five or 10 minutes here or there is just nothing for me, but it can be real important for her," said volunteer Rhett Hartman.

Nina Wilson-Keenan's past work as a small business owner motivated her to lend a hand.

"I really want to see all the small businesses around this area succeed," Wilson-Keenan said. "I thought that it would be something nice to do because I know there is usually an influx of business this time, that can make or break a business."

In the end, Good Food Co. volunteers agreed that they showed Rostine support because she's a part of their community.

"I think it really takes a village to keep everything running smoothly whether its new local businesses, or food banks or animal shelters," said volunteer Madeline Cocos. "Everyone should have a hand in helping to build their community."

And more importantly, Rostine said they helped a new business stay strong during one of its busiest periods.

"It just means everything," she said. "Not everybody puts their money where their mouth is. People often say 'I wish you well,' but the people who come through for you, you really feel something."