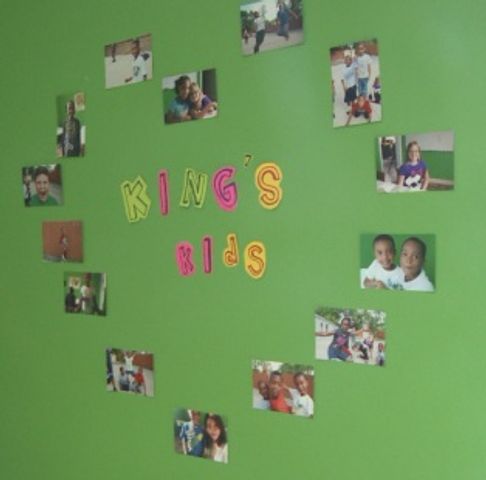 COLUMBIA - A new camp for underprivileged kids has sparked the interest of community members, but the size of the camp is holding it back from expanding enrollment.

"We want to make it as homey for the kids as we can, since a lot of them end up spending most of their time in day-care," Erica Fagala, Program Director, said.

King's Kids is an extension of the Youth Empowerment Zone, which is an organization that helps young adults transition into adulthood and find employment.

"We wanted to gear care toward younger kids," Fagala said. "Early intervention is the best way to keep kids on the right track."

Lorenzo Lawson, Executive Director of the Youth Empowerment Zone, said he tries to plan activities with organizations that might inspire the kids to pursue a job in that field. The children have taken tours of the Columbia Police Department and Urban Farm, a community-based urban agriculture organization.

Fagala said she hopes to expand the program and enroll more students, but space is an issue.

"We have a waiting list but our space just won't allow for any more kids," Fagala said.

The building is at maximum capacity with the 16 kids currently enrolled.

Fagala said the organization is trying to raise money to expand and hopefully even start a new program for infants.