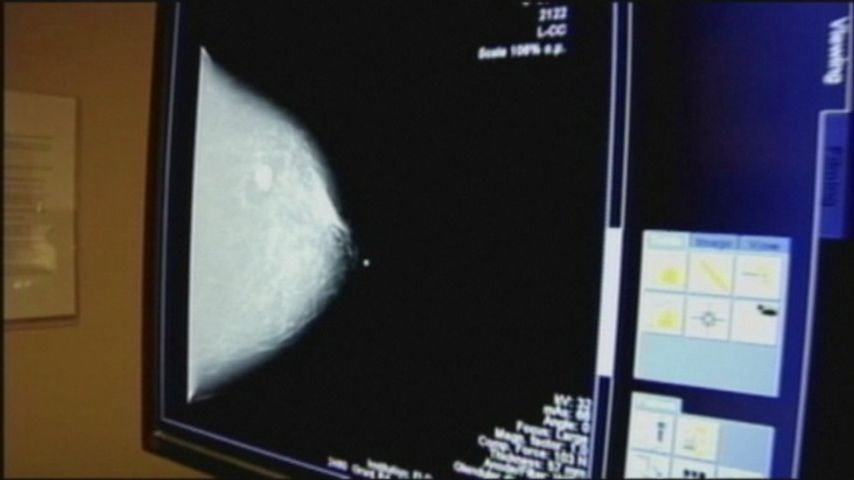 COLUMBIA - A new national cancer study released Monday predicts breast cancer will rise considerably in 15 years, which is bringing back memories for some Columbia families.

According to the CDC, since 2000, breast cancer rates have actually been declining. However, there is evidence to suggest that there will be more cases, due to the fact people are living longer.

National Cancer Institute researchers say the number of breast cancer cases are expected to rise 50 percent by the year 2030.

Ingrid Moertl, a long-time Columbia resident, has had breast cancer run in her family for many years.

One of Ingrid Moertl's biggest fears is that the children in her family will be at an even greater risk.

"When I stop to reflect for a bit, I realize that, in 2030, my god child will then be 21 years old and, by that time, her mammary glands will have developed that, by that time, I hope and I pray that we have done the right research to prevent it and we will have the right treatments to cure it."

Moertl found breast cancer awareness walks to help her through hard times. Since 2009, she has participated in a variety of awareness walks such as the 40-mile Avon walks and the three-day Susan G. Komen walk.

However, in 2008, Moertl got involved with mid-Missouri's annual "Race for the Cure" 5K.

"My mom had survived the cancer, but she had died before I did my first walk and my sister and I agreed that I was doing that walk in honor of my mom."

Philip S. Rosenberg, the lead investigator on the study, suggests there are three main factors that are driving the increase: first, that women are living longer, second, that women of the baby boom generation seem to be at higher risk and third, an increase in a specific type of breast cancer called "estrogen receptor positive breast cancer." The CDC has information on how Missouri rates compare to those nationwide.

Dr. Mark Vellek, a partner with Missouri Cancer Associates, said he also believes the number of cases will increase.

"As our population increases in age, the sheer number of cases are going to increase simply due to the fact that if you're alive longer, you have increased chance to develop some sort of cancer."

Moertl said one thing she learned while going through the illness with her family was to never give up.

"There will be a time when we will find a cure we just can't give up hope."