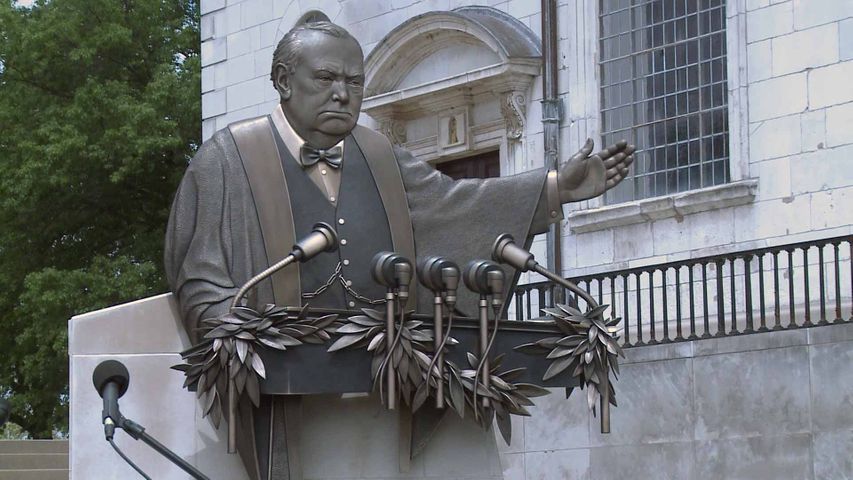 Churchill is depicted gesturing downward as he did in the speech, illustrating the way communism was dividing Europe.

St. Louis artist Don Wiegand designed the new sculpture. Wiegand's works can be found around the world, including the Vatican and the White House.

Churchill's granddaughter Edwina Sandys was the keynote speaker at the unveiling. She also created a sculpture, "Breakthrough." It is also located on the grounds. "Breakthrough" is made from pieces of the Berlin Wall and symbolizes the end of the Cold War, while Wiegand's sculpture of Churchill symbolizes the beginning.

Rob Havers, Executive Director of the memorial and library, said that he hopes the sculpture will serve as a reminder of Churchill's message of warning about threats to freedom, as well as his leadership and integrity.