New Columbia farmer's market in process of being a reality 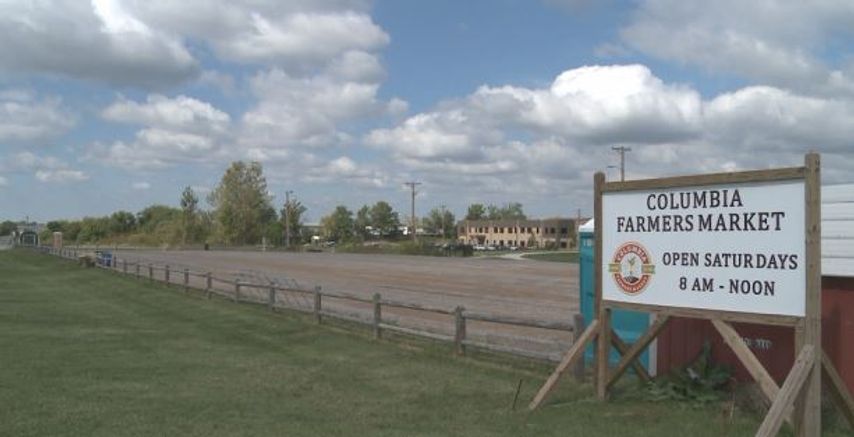 COLUMBIA – Farmers, and farmers at heart, can be happy that a new farmers market is in the works for the city of Columbia.

The city’s Parks and Recreation Department has pledged $400,000 to the project.

Other local groups, including the Columbia Center for Urban Agriculture, are in charge of putting up the remaining $800,00 needed for the project to go forward.

“Right now we are in the preliminary phase, you know, of the whole plan. We’ve got a plan that we believe is doable... I think it is something that the community can either get behind and say hey let’s do this and if so we’ll have a great structure,” Parks and Recreation Director, Mike Griggs, said.

Right now only vendors are covered with tents when the market is open so visitors are left out in the cold, and sometimes rain.

“What this would do is allow us to create a permanent structure that would be usable as a large park shelter when it’s not used as a farmer’s market yet it would provide that weather protection for the market visitors,” Griggs said.

Linda Grotewiel is a frequent user of the market, about every week or at least every other week.

She thinks the market would be great for both sides of the trading table.

The new structure would be built at Clary Shy Park, right next to the Activity and Recreation Center, and would not be market exclusive.

“Some things we always get asked about are like car shows. Those type of areas when they want to come in and show their, you know, the Mustangs or their early vintage cars and they want to have it under a shelter and we’ve never had that space before,” Griggs said.

Construction, however, is not expected to start until the summer of 2018 to give more time for fundraising.