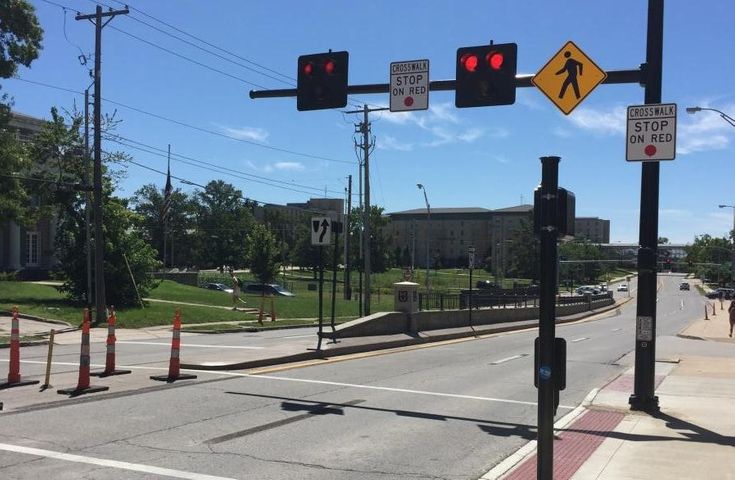 The High-Intensity Activated Walk, or HAWK, beacons were first activated on Friday with hopes of making pedestrians and drivers safer.

One driver, Alexia Watson, said she doesn't think the lights will help because people don't know what the signals mean.

"I think the signals could be helpful at night when there's not a bunch of traffic, but when it's a lot of traffic it can be confusing and someone could get hit," Watson said.

John Grandstaff was riding his motorcycle this morning and he said he sat in traffic for a long time because of the signals.

"The light just seem to change a lot, you know, stopping us all the time," Grandstaff said.

He said he thinks the lights need to be adjusted to keep traffic from backing up.

"Traffic needs to move a little bit faster then it was this morning because it causes people to get more antsy, you know, get in a bigger hurry, which causes accidents," Grandstaff said.

Watson said the city of Columbia needs to advertise what the signals mean to avoid some of the confusion.

"I think they should definitely communicate to the students on campus so they're aware because when I first pulled up to it I didn't know what was going on, I thought there was something wrong with the street," Watson said.

The two mid-block crosswalks using the HAWK signals on College Avenue were approved after a report indicated that around 19,000 cars pass through that part of the street and 2,500 pedestrians cross the street everyday.

The Federal Highway Administration reported that mid-block crosswalks are responsible for 70 percent of deaths among pedestrians and the use of HAWK beacons have shown a 69 percent decrease in pedestrian-related incidents.

To see what the different traffic signals mean, watch this video posted by MoDOT St. Louis: