New crosswalk to be activated along busy Columbia street 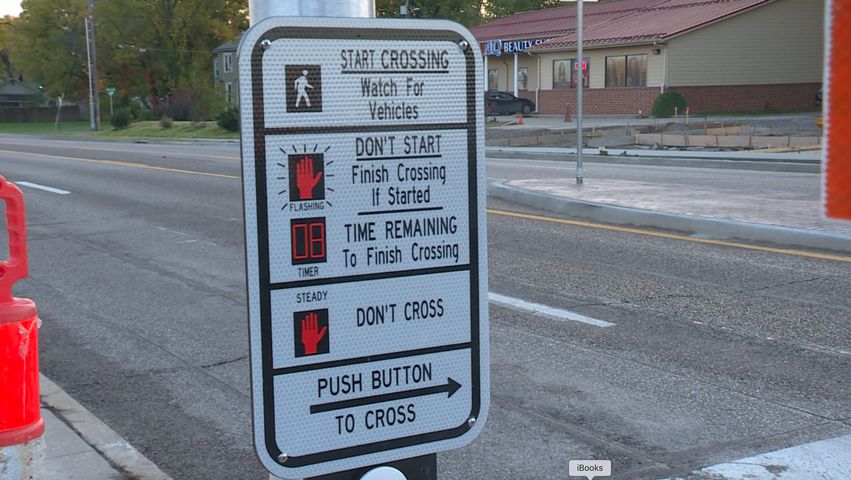 COLUMBIA - A new signalized crosswalk will be activated Monday morning at Providence Road and Forest Avenue.

"Business Loop, Providence and Broadway are very busy with traffic. It's very hard to get across there as a bicyclist, a pedestrian, or in a wheelchair," said Columbia Public Works community relations specialist Barry Dalton.

The Bike Boulevard has clear markings on the road to give nonmotorized transportation users more protection. It runs from the MKT Trail in the south of Columbia up to Parkade Boulevard in the north.

The Bike Boulevard Project has been in the making for many years. The first interested parties meeting was held back in 2013. There have been other improvements within the project besides the crosswalks.

"Several intersections were modified to restrict the movements of vehicles in and out of those particular intersections to make it more safe for bicyclists as well," Dalton said.

Cory Crosby grew up in the area and used to own a business near Hickman. He says it's always been a busy area and this will be extremely helpful.

"There are a lot of kids and elder pedestrians who utilize Providence each day. Car accidents are fairly common, because of Providence being one of Columbia's more narrow roads, so it would make walking a lot safer than it is now," he said.

Dalton said each crosswalk signal is different, and the one on Providence and Forest has a safety island in the center. The crosswalk is right next to Hickman High School, so the school will have some control of the signal when buses are coming and going.

The city is planning to activate the crosswalk around 9:30 a.m. The Missouri Department of Transportation will be monitoring and fixing any issues with the crossing, because Providence is a MoDOT road.

"Of course you can report it to the city as well and we'll contact MoDOT. It's really a partnership from different agencies to get that crosswalk there," Dalton said.

Crosby thinks the crosswalk is something the city has needed for a long time.

"I think that wherever there's high traffic, schools, businesses and neighborhoods there should be lots of speed bumps and crosswalks. The first ward is often overlooked when it comes to both living and safety improvements. I'm glad the city is doing something about it," he said.

Dalton agrees that the city has needed the improvements.

"We've been installing them whenever we've had a major construction project and there's busy roads along that construction project," he said. "The public has been asking for them and we've been trying to get funding and designs that accommodate the Vision Zero lens in that pedestrians, bicyclists, wheelchair users, nonmotorized transportation users can get across busy roadways more safely."