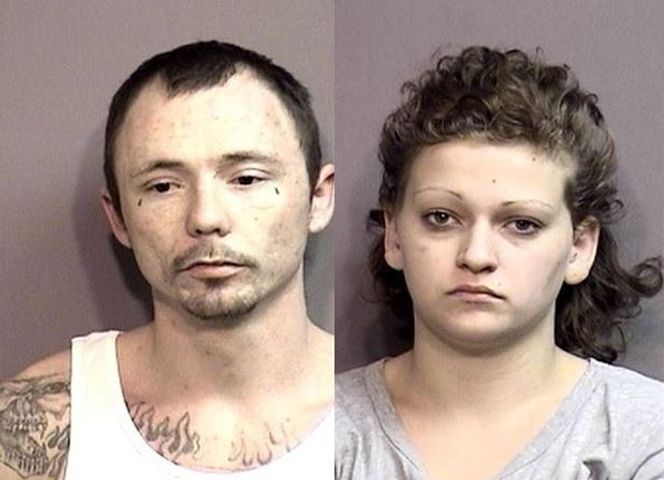 The incident began when around 2:30 a.m. when a deputy located a Jeep Wrangler Rubicon that had been reported stolen Wednesday in the Midway Motel parking lot, according to the Boone County Sheriff's Department. When a deputy approached the vehicle, authorities said 23-year-old Victoria Buol sped toward the front of the motel where she picked up 25-year-old Russell Moore.

The two then drove on a nearby overpass to eastbound I-70 where they fired multiple shots at the deputy, according to the sheriff's department. The suspects then exited I-70 at Route UU and continued towards Chapel Hill Road while continuing to fire shots at the deputy and other law enforcement that had joined in chase.

The suspects then drove north on Forum Boulevard and then east on Stadium Boulevard, officials said. The lead deputy's patrol vehicle was ultimately disabled near the intersection of Rock Quarry Road and Stadium Boulevard due to gunfire damage, according to the sheriff's department.

The chase continued onto U.S. 63 North and then eastbound on I-70 where the suspects fired more gunshots at authorities, deputies said.

The suspects then drove south from the Williamsburg exit in Callaway County. The chase ended on County Road 172 when authorities took Buol and Moore into custody, accordign to the sheriff's depatment report.

[Editor's note: This story and its headline have been updated to reflect new information about the incident.]