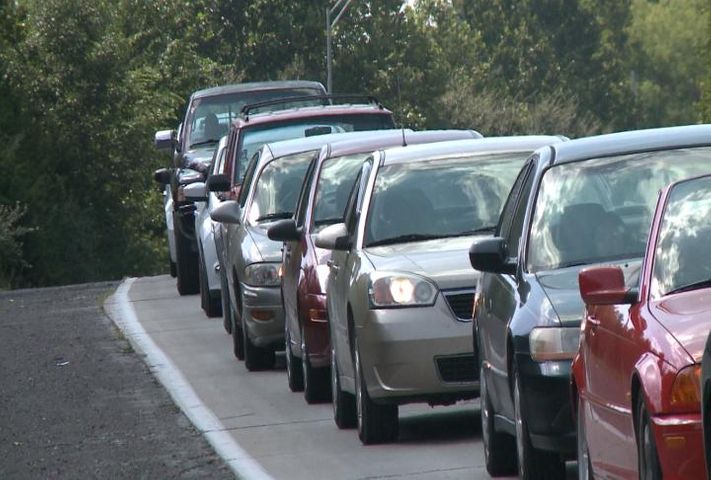 COLUMBIA - The addition of a independent living community for seniors at the corner of Bethel St. and Nifong Blvd. may increase traffic for people using the intersection.

"It really depends on the time of day," said Tom Curtright, father of a Gentry Middle School student. "During morning and afternoon rush-hour it's pretty busy."

Curtright has been living in Columbia for about a year. He said his traffic experiences are comparable to those he faced living in larger metropolitan areas.

"I'd have to say that the traffic here in Columbia is as bad as I've seen," he said. "Everywhere I go there's a lot of traffic, especially since the students got back in town."

Curtright said he also feels there are issues with getting the traffic lights properly syncronized to maximize traffic flow.

"It just seems like you're stopped every hundred yards."

The Gentry Estates development is the first of what could potentially be several more structures built near the southwest corner of the intersection.

Residents spoke out in the past about their concerns over what increased development could mean for their neighborhoods.

"It might have gone up a  little bit, there's a little bit more in the neighborhood," said ninth-grader, John Flinn. "We moved here pretty much after the thing was started."

Flinn walks to school at Rock Bridge High School most days and said he really has not experienced an increase in traffic on his route.

Curtright believes more can be done to improve future traffic in the area.

"I think to continue to do studies to see where it would be reasonable to widen lanes," Curtright said. "I also think taking a fresh look at how lights are being synchronized based on the time of day could really help with traffic flow."

Gentry Estates is leasing 42 apartments to seniors 62 years of age and older. It is expected to open to residents on September 1.