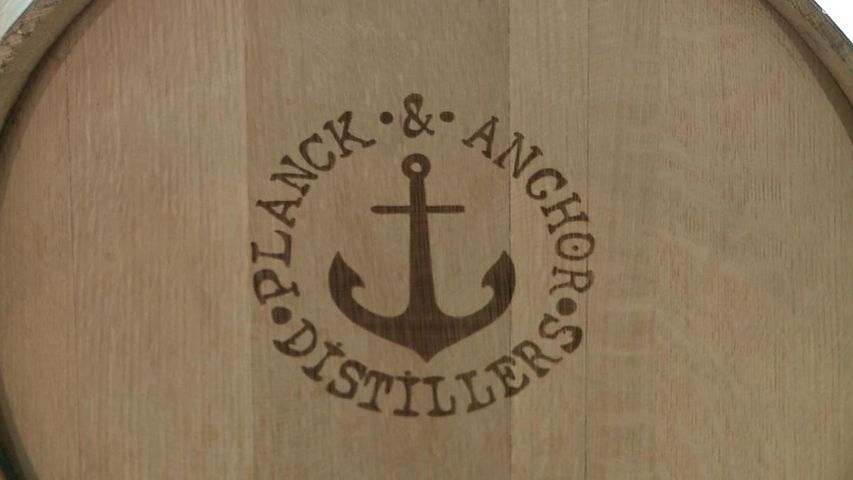 The winery is partnering with a local distiller to make a new craft brand of liquor: Planck & Anchor Distillers.

"I tried to do it in Jefferson City alone and it wasn't in the right area, you can't manufacture it," Ver Planck said. "So I checked out wineries in the state of Missouri and Les Bourgeois seemed like the best fit for me."

The flagship product of this distillery is Rocheport Rum, which launched May 1.

"I've got a lot of time in the Caribbean, I'm a bit of a rummy," Ver Planck said. "We're doing rum here and we'll be doing some other spirits as well."

Les Bourgeois is also partnering with Broadway Brewery to help the brewery distribute kegged products. The brewery leased a space at the winery and will be moving some of its production to that area.

Drew Lemberger, a managing partner at Les Bourgeois, said these new ventures are a response to the trend of consumers buying local craft products.

"That's one of the reasons why, as a company strategically, we've branched into other different forms of producing alcohol," Lemberger said. "We're hoping to benefit from that trend and hopefully set a few trends in the meantime."

That trend isn't lost on other distillers in the area, like Mike Anderson of Mid-Best Distillery in Gravois Mills.

"It's just exploding right now," Anderson said. "There seems to be a push for a craft-type product."

Mid-Missouri is emerging with more and more distilleries, wineries, and breweries. Anderson said part of the reason the area is seeing more of these is the lesser difficulty of opening a distillery here as opposed to other parts of the state.

"One of them is the regulatory specs are less here," Anderson said. "It's easier to open a business here in Mid-Missouri than say Kansas City, which makes it less expensive."

Ver Planck also said mid-Missouri is an easier place to start up, but had other reasons to explain why the area is fertile for more growth.

"You have a lot of agriculture here, so people like their local resources and stuff like that," Ver Planck said.

Lemberger cited the state's history in winemaking as part of the reason for this trend.

"Missouri has always had a long tradition in winemaking," Lemberger said. "Before Prohibition, we were one of the largest, if not the largest, wine-producing state in the nation. Then, after Prohibition, there's been a resurgence. It's just that tradition we've had as a winemaking community and this whole new movement of buying and drinking local foods and wines has helped with that as well."

Ver Planck thinks Missouri is starting to rise in the national spirits scene in terms of quality.

"Missouri is kind of starting to put itself on the map," Ver Planck said. "There are a few distilleries around the state that are coming out swinging pretty good."

"I just find them refreshing and sweet but not overwhelmingly sweet," Pierce said. "In my opinion, they're well balanced and I like that."

Pierce said she also enjoys contributing to the Missouri economy.

"I enjoy finding a product that is made locally and is at a reasonable price," Pierce said. "Keep the tax dollars here and keep the prices reasonable."

Michael Ivancich, head brewer at Broadway Brewer, said these consumers like the variety with craft products.

"People who want craft beer, or craft liquor, or small batch things, they aren't going to drink the same craft beer over and over," Ivancich said.

But even with all the competition emerging in the mid-Missouri spirits scene, the people behind the products feel like they have a good relationship with each other.

"Actually, for me, I don't even view it as competition," Anderson said. "Anything that gets the word about craft distilling and craft spirits actually does good for me."

"We realize, and I think the local establishments realize, being super competitive is great on the store shelf but when it comes down to the day-to-day operations, I think most other companies will bend over backwards and at least try to help you if you're having an issue with production or something, Lemberger said. "I think the beer, liquor, and wine industries are very open in Missouri as far as that dialogue, and I think you're seeing a lot of the products that are coming onto the market are benefiting from that."