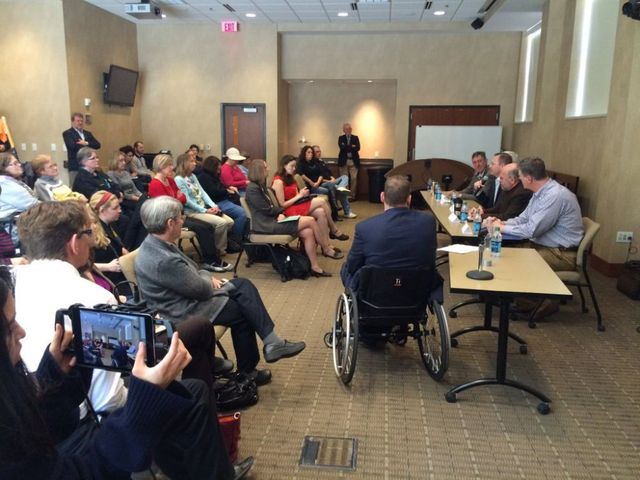 COLUMBIA - New apartments going up around downtown Columbia has resulted in discussions about building requirements in Columbia.

The candidates all mentioned the use of universal design and the construction of new apartment buildings in downtown Columbia.

Chuck Graham, Chair of the Columbia Disabilities Commission, said this is an important issue for every citizen, not just those who are disabled.

"It's not just about the apartment that you're going to live in," Graham said, "you also want to be able to visit your friends and different people within the building."

Universal design requires making the entire building accessible to everyone. Graham said the cost increases less than half of one percent compared to normal building requirement.

"Builders just do the minimum thing that they're forced to do," Graham said. "They don't think globally or 'how does this building work better?' or "how am I gonna meet the needs of everybody better?'"

Some features a universally designed building would have include wider doorways and bigger bathrooms.

"I think people generally enjoy those things," Graham said. "It's actually just a good design for everybody."

The Columbia mayoral and city council elections will be held April 5.