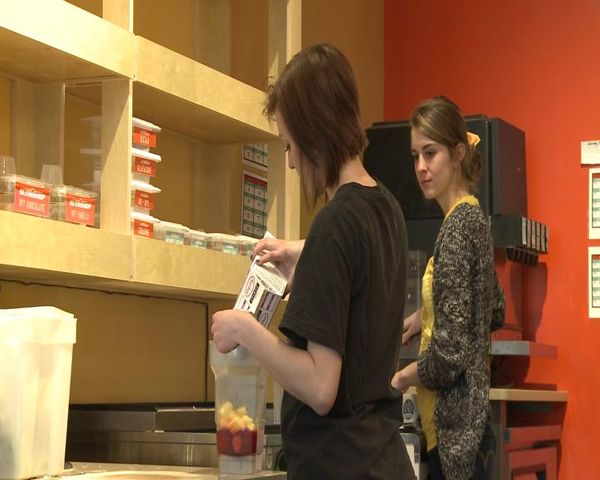 COLUMBIA - The True/False Film Fest attracts thousands of moviegoers each year, and some new business owners said that is one reason they set up shop downtown.

The festival started in 2004 and sold over 4,200 tickets that year. The event has seen rapid growth in the last decade. Organizers said they sold more than 43,000 tickets last year and expect to sell more this year. Columbia received an estimated $1 million in revenue from the weekend in 2013.

Blenders owner Kieran McBride said he looked for these types of activities before he started his business in August. He said True/False is a great way to gain exposure.

"It gives you a really good opportunity to expose yourself to a lot of new people. You get people that come in from out of town ...  there are a lot of people who maybe haven't had a chance to come downtown and try it, and we are in between three pretty big venues for the festival so it just gives us a lot of exposure," McBride said.

McBride said he has been going to True/False long before he opened his business on 9th Street. He said, as a business owner, it is a great way to become a part of the community.

"Just being a part of it, knowing that you are a part of something really special that happens in the city it goes a little bit more beyond just doing business. It makes sense from a business perspective but we get to benefit the community by benefiting and helping put on True/False," McBride said.

The film fest continues until Sunday.

(Editor's note: the headline on this story was changed in response to viewer concerns that the original headline was misleading.)