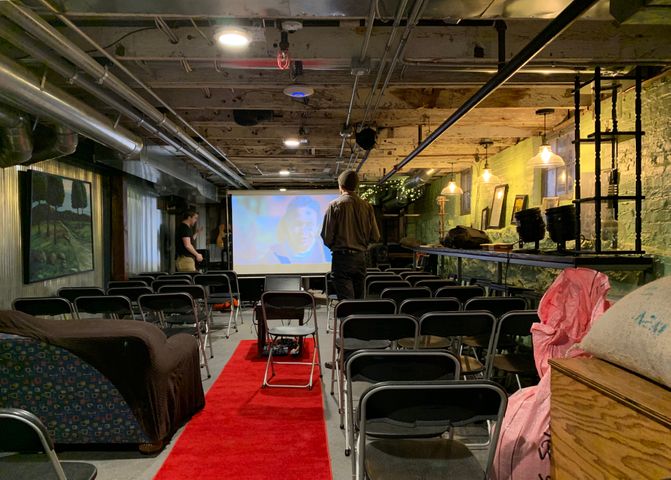 COLUMBIA — Local Missouri filmmakers have a new platform to share their films. CoMo Shorts is the newest film showcase in Columbia, and its opening weekend is  Jan. 25 through Jan. 27.

Fretboard Coffee hosted the event, and there was standing room only in the coffee house turned pop-up theatre.

CoMo Shorts focused on one thing: local filmmakers. To submit a film, the filmmaker or film itself has to be from Missouri.

“We wanted to keep it local because we wanted people to connect with these films,” Schact said. “A lot of the media we get is made half across the world and shipped to us… we want to create an event that’s like farm to table but for films.”

Just like artists have galleries and musicians have concert venues, Schact wants to give filmmakers a medium to share their craft and spark curiosity.

“Having been in the short film community here, for several years, I wanted to help create an event to help local filmmakers share their art,” he said.

Eight films and three trailers played in the showcase.Tickets sold for $10 online or $12 at the door. The showcase sold out on opening night.

The overwhelming crowd on the first night may help set a positive tone for the future.

CoMo Shorts hopes to raise money to split the proceeds among filmmakers and even offer film grants in years to come.

There is no announcement for future showcases yet. Schact wanted to get through opening weekend before making any decisions.