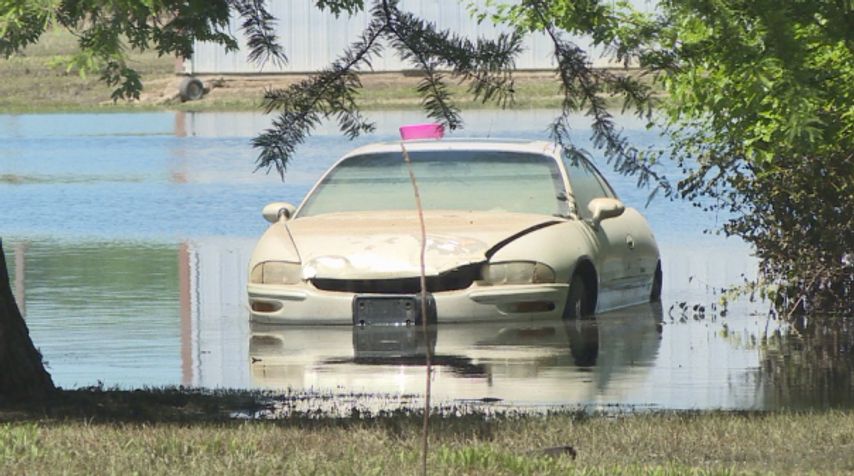 Officials posted on Facebook stating the water level is going down but six homes still have water around them.

For the people in those homes, it is time to start picking up the pieces. New Franklin resident Matt Banks said his family had to fight the rising waters.

"We had pumps going and everything," Banks said. "I finally was able to let things drain out and unplug the pumps. Now, I have to start cleaning out the basement."

Banks said he found things in his backyard that weren't his.

"We have had buckets, barrels and tires in my yard. I figure someone will come looking sooner or later," Banks said.

For Banks and his family, it is a day-by-day process to clean up.

"I've started moving some things back in," Banks said. "If we see the water start to rise again, then we will deal with it as it comes."

The New Franklin Police Department said in their post they will continue to monitor the river and keep people updated.