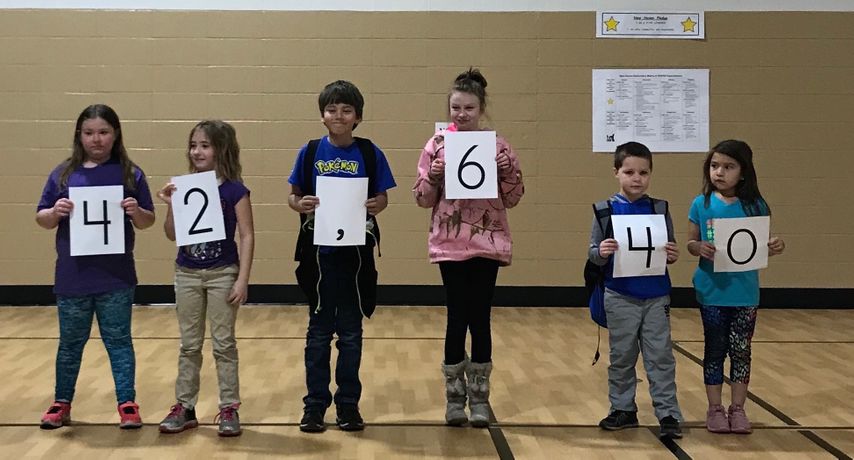 COLUMBIA - As voting for Project Playground comes to a close on Friday, teachers and students at New Haven Elementary are still hoping to rise out of second place.

The school is about 5,000 votes behind New Vernon Elementary in Indiana.

Sarah Maddox teaches kindergartners as New Haven. She said the contest has turned out to be about so much more than winning a playground.

"I think the take away is number one, this community cares about us and that's an amazing thing," Maddox said.

She also said throughout the process the students learned learned new things about themselves.

"Students have a voice, there is power in writing and going for things you believe in," Maddox said.

A company called Culturelle sponsored and put together the Project Playground contest. New Haven competed with hundreds of schools nationwide and ended up in the top five for the last round.

Maddox said the community support has been a confidence builder for both students and teachers.

"For them to see how many people care about out teeny tiny little school, that's been very powerful for them and for the teachers," Maddox said.

Carole Garth is the principal at New Haven Elementary. She said the confidence aspect of the process is something the students should be proud of.

"Those votes have given our kids confidence to advocate for themselves and to be proud of the efforts they've made here," Garth said.

With only hours left to vote, Garth said the school has no plans of giving up even if the result doesn't work out in their favor.

"If we don't win, another group of students did and that's good too," Garth said. "We'll go to plan B and we'll make it happen."

If you'd like to vote for New Haven you can do so on Culturelle's Project Playground page. Voting ends at 11:59 p.m.