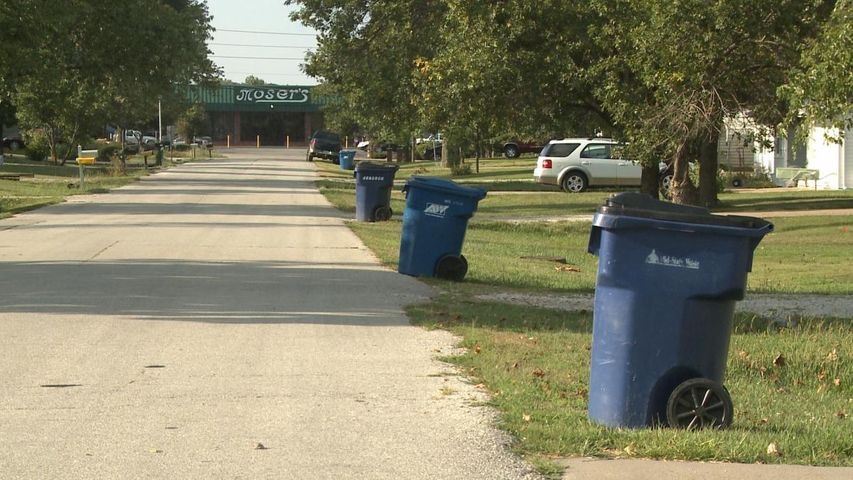 HOLTS SUMMIT- The Holts Summit Board of Aldermen is considering a new five-year proposal to make residential trash service mandatory for all Holts Summit Residents.

The proposal, from Allied Waste, would require residents to have trash carts, similar to agreements in nearby towns.

Residents are currently not required to have a city trash cart. Holts Summit's City Administrator Brian Crane said the new proposal would eliminate problems associated with collecting trash in the city.

"We're looking at that proposal to try to keep down some costs and try to address some issues we have in town with trash and littering and illegal dumping," Crane said.

With the new agreement, residents would pay a fee of just more than 11 dollars, instead of the 13 dollars they are paying now. The rate would increase three percent each year, like it does now, but the city would take over billing. The city would bill residents monthly.

"The difference between the $11.20 and the $13.47 will go toward providing the billing service and the cost for street maintenance," Crane said.

Residents would still receive the same trash service, but they would not be able to use their own trash container or dumpster. Residents would only be allowed to use one cart provided by the city for trash collection. Crane said residents should not have to pay any extra money for the change.

The Board of Aldermen held a public hearing on the subject Monday night, and is expected to table the subject for a final vote at a later board meeting.