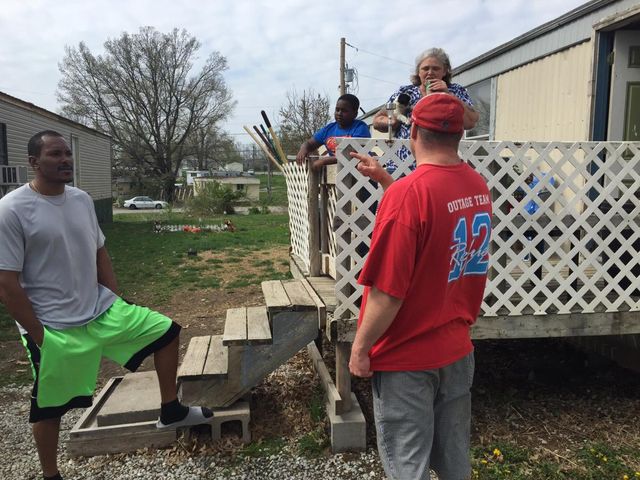 "The speculation was any year we would be closing," Brandy said. "But after three years of crying wolf you kind of start not to listen."

Brandy's family and all other mobile home residents only have six months before Whirlwind Properties sells the land and they are forced to move. Fulton Medical Center, LLC, proposed a project for a new hospital that will replace the mobile home park on Lenoir Street in south Columbia.

The new, single-story hospital will be approximately 51,300 square feet and is expected to have 10 beds and two operating rooms. The project is anticipated to cost $40 million. There will not be any long-term beds as a part of the project.

The proposed plan has left some current residents in a bind, wondering where they will end up in six months after developing their tight knit community. Brandy says his neighbors have put together a community watch and also host family barbecues. The landlord at Ed's Mobile Home Park will cover rent and other bills so that residents can save up for the move, but Brandy says that isn't sufficient time or money to move.

"Don't have a clue," Brandy said. "Because I mean, realistically to find out you got six months to move your whole set up, it's not enough time, you know?"

Brandy said just moving a mobile home itself can cost up to $2,800, and if the land that he moves to is undeveloped it will cost him another $3,000 to lay concrete for the home to sit on.

Even though the move isn't ideal for Brandy and his family, he says he is happy that the land will be put to good use.

"At least they're going to help other people. It would be different, I guess, if they were just getting rid of it just for the sake of getting rid of it," Brandy said. "Someone will be able to get a blessing behind this property."

Fulton Medical Center is working with MU Health and Nueterra on the project. Nueterra Vice President Amy Leiker said that the next step in the process is filing a certificate of need to the Department of Health and Senior Services.