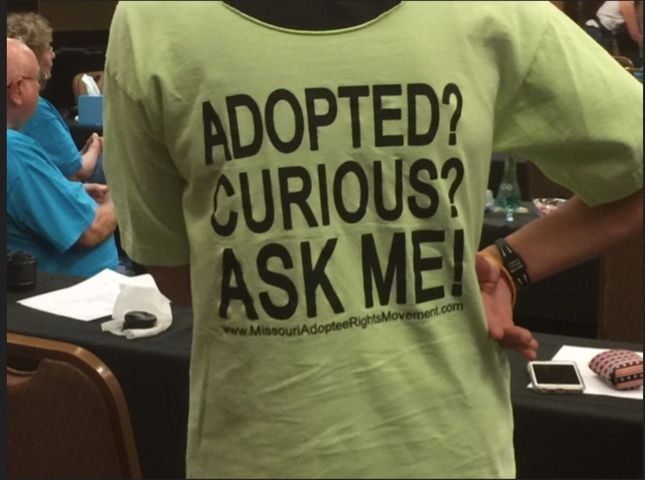 JEFFERSON CITY — Missourians adopted before 1941 now have access to their official birth certificate.

House Bill 1599 (The Missouri Adoptee Rights Act) is giving those adopted people the same rights as every other person.

Since 2015, a group of people has worked diligently to get this law passed and give adoptees their birth certificates.

Raymond Diven, a 91-year-old adoptee, said that he has been waiting on this day for a long time.

“I feel great because I’ve been trying to get it for all these years, and if this all comes about tomorrow I will be very grateful,” Diven said.

A large group came together today at the Capitol Plaza Hotel in Jefferson City to celebrate the law going into effect and to be educated on what the next steps would be after they had their certificates in hand.

Representative Don Phillips, who is a Missouri adoptee, said he stands in full support of this bill and is eager to see so many adoptees get what they deserve.

“I know what it feels like, I was adopted and I believe that everyone should have a right to their birth certificate,” Philips said.

Those adopted after 1941 will have access to their official birth certificate on Jan. 2, 2018.