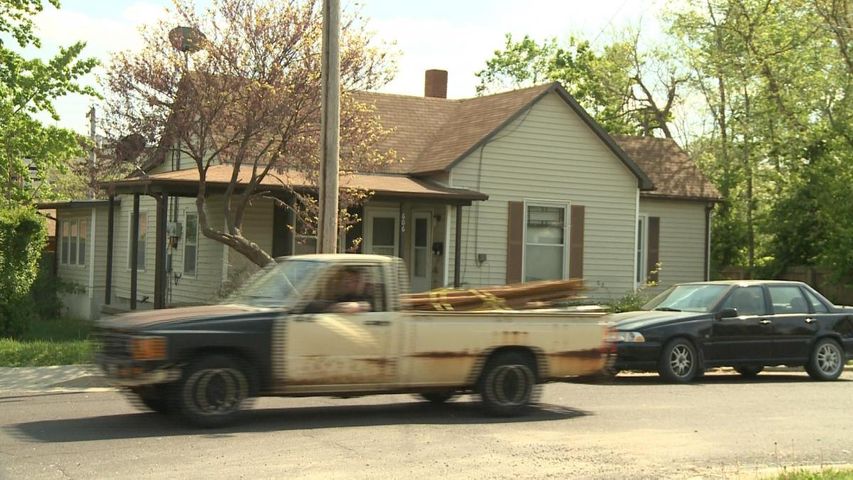 COLUMBIA - One old Columbia neighborhood is getting a mini-makeover.

This neighborhood , which is defined as being part of the greater downtown area by the Downtown Leadership Council sits quietly on any given day until Jefferson Middle School gets out and the bell rings.

Students run home, and within thirty minutes, it's back to silence.

However, if you were to walk down Rogers Street and stand at the front door of Jefferson, you would find yourself staring into a large slab of land where family homes used to stand.

Shelley Ravipudi, owner of Lyon Crest Properties, LLC is the owner of that land. And within this quiet community, she has a vision of development and change.

"I think the community as a whole benefits because I'm providing more affordable housing for students...  and for the surrounding residents, I think I'm a really responsible property owner," Ravidpuid said.

Ravipudi said that this is not, in fact a case of bulldozers driving through an old neighborhood, seeking to change everything. But instead, an instance of someone who feels a connection to a neighborhood, and sees ways that she can improve it.

Ravipudi is building multi-unit housing that will hold up to sixty people. It's open to both students and other residents. However, Ravipudi's smaller development around the corner has housed mostly students. Something she said may happen again.

"I was attracted to the area due to its proximity to three institutions of higher learning, and its walkability to downtown," Ravipudi said.  "I'd manage them in a way to promote compatibility with the neighborhood and the people that are already living here."

The neighbors that KOMU spoke with are actually not concerned about living in close proximity to college students. In fact, they are prepared to embrace their new neighbors. But one resident is upset that the housing is available to students at all.

"You know, they only are building student houses everywhere. There's so many of them and it's a little... you know, a little ridiculous," Smith said.

A claim that Shane Creech of Building and Site Development for the city of Columbia confirms.

"We've definitely seen an increase in the amount of what's referred to as student housing," Creech said.

Smith said, for him finding housing in Columbia was near impossible without having "student" in his personal description.

But Ravipudi is confident that the neighbors will be satisfied with the housing because she's done her research.

"I have been a part of the North Central Columbia Neighborhood Association so I do understand, um, the history of the area and how, you know, the people that live here would like to see it be redeveloped," Ravipudi said.

In fact, she said she has personal connections with the surrounding community.

"My son actually attends school across the street, my daughter will as well. So even though I don't live in this neighborhood, I'm very invested in it," Ravipudi said.

Ultimately, she's very confident that the new complex which will house up to sixty people, will be a great asset to the surrounding area.

After Lyon Crest Properties, LLC tears down the remaining two homes around the corner, Ravipudi said the construction process will begin. She expects the project to be complete by the fall.