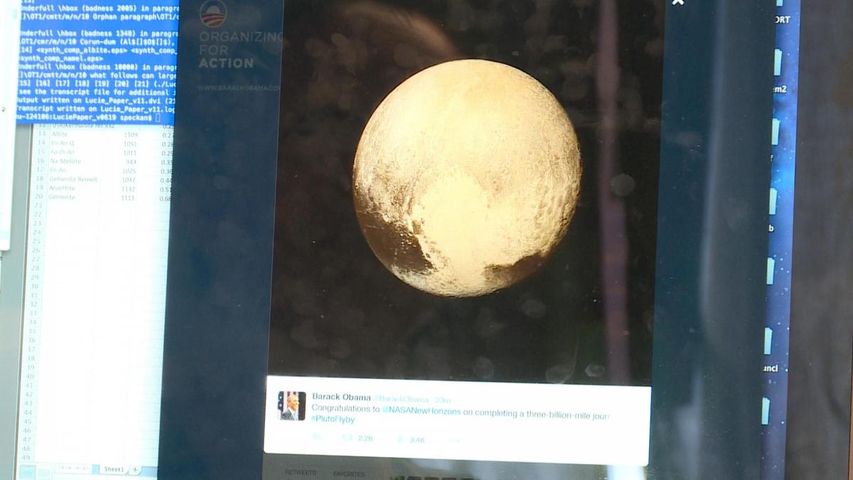 COLUMBIA - Photos of Pluto before Tuesday were nothing but a pixelated blur; but after the New Horizons flyby, pictures of the dwarf planet are clearer than ever before.

NASA launched the flyby more than nine years ago when Pluto was still considered a planet according to University of Missouri Professor of Astrophysics, Angela Speck.

Since Pluto is so far away, it was hard for anyone to get a clear view of the dwarf planet until Tuesday.

"Pluto is very small and at a large distance, it's a teeny weenie little thing that is hard to see," Speck said. "So even with the Hubble Space telescope, this is the best we could do."

Speck said even though the Hubble Space telescope is very advanced, Pluto is just too far away to get a clear image with it.

The closest the flyby got to Pluto was at Tuesday 7 a.m. central time, but the flyby may have occurred hours earlier, Speck said.

"Because it takes so long for radio signals to get back (from the probe), it takes hours for it to get back," Speck said. "So they (NASA) celebrated when they knew it was going past."

New Horizons will continue its mission through the Kuiper belt and to get a view of Pluto's moons.

Scientists discovered one thing about the Pluto they weren't expecting:

"We didn't expect that it's ever so slightly bigger than we originally expected," Speck said.

With the clearer images, the edges are more visible in pictures and scientists are able to see an extra 10 or so miles.

Other things scientists have noticed with the new images are the dark patches, active geology, craters and the fact that Pluto doesn't hold on to objects in its atmosphere.