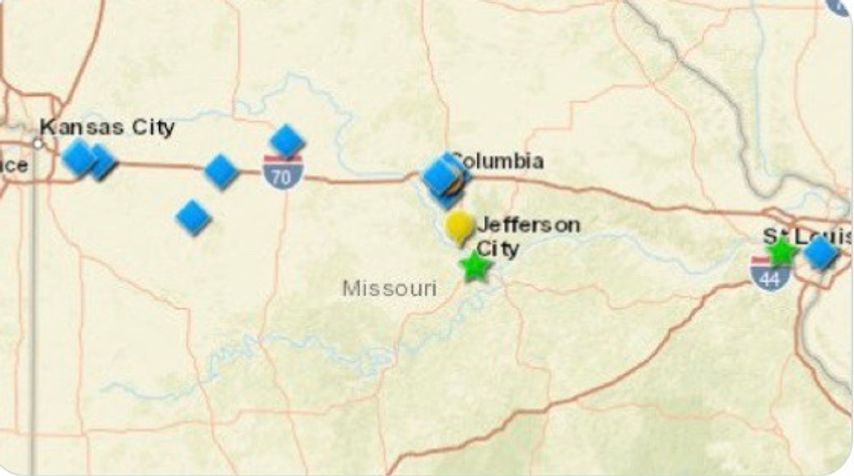 "This map could actually make the world as it should be, which is everyone could go anywhere wherever they need to go," said Christina Ingoglia, MoDE vice president.

Ingoglia thought of the idea because of her 3-year-old daughter Lilly, who has Mowat-Wilson Syndrome, a cognitive and speech-impairing diagnosis.

"I had used an app like Waze and I thought man, this would be awesome if we could have something like this for bathrooms and people could send in information," she said.

Ingoglia brought up the idea to her husband, David Nykodym, who designed the map.

"It's such a basic human requirement and just the fact that you have to guess if a bathroom can be used or not seems like such an outdated premise right now," Nykodym said.

He said it was difficult traveling with his family because they never knew if a bathroom would be accessible.

"So it was always taking a bet and taking a gamble on which site would have a bathroom that would work, so we would initially keep mental maps of where these locations were at," Nykodym said.

MoDE had about 30 people test it out to give them feedback.

Nykodym said anyone can submit a bathroom to the website and it will take about two weeks to get the pin up while MoDE verifies it.

Ingoglia said this map can help people with disabilities, as well as the elderly and the LGBTQ community.

"We think there are multiple audiences for this," she said.

Nykodym and Ingoglia both see a bright future for the interactive map.

"Once we have the capacity to handle it, I see us expanding it to other states. I dream big, we all do here at MoDE, so we would love for it go nationwide at some point," Ingoglia said.

She said right now the main focus is spreading the word about the map to the community and businesses.