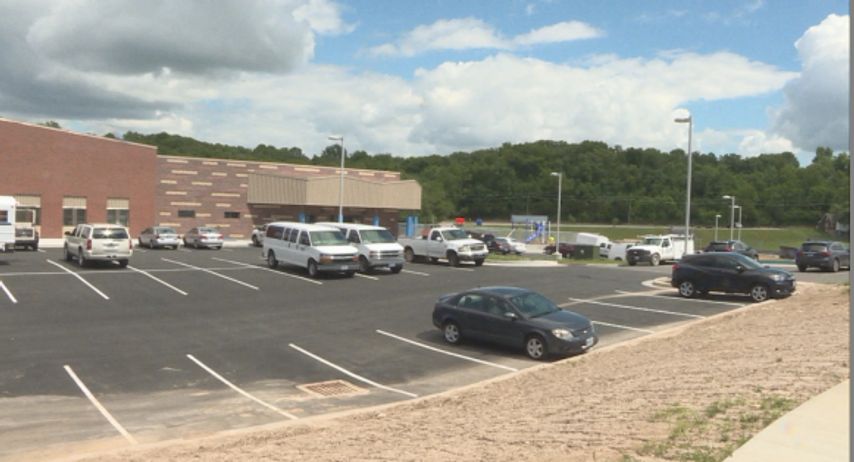 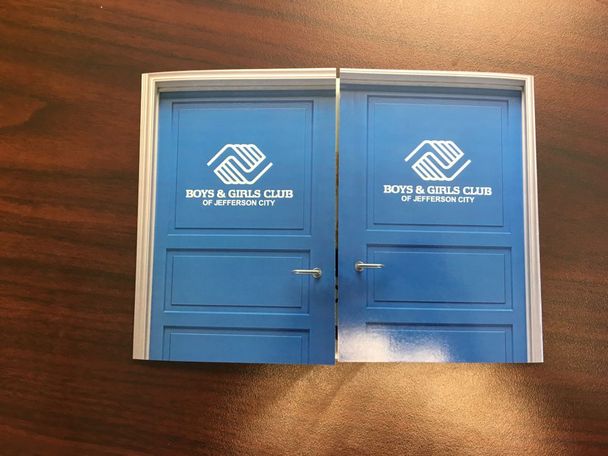 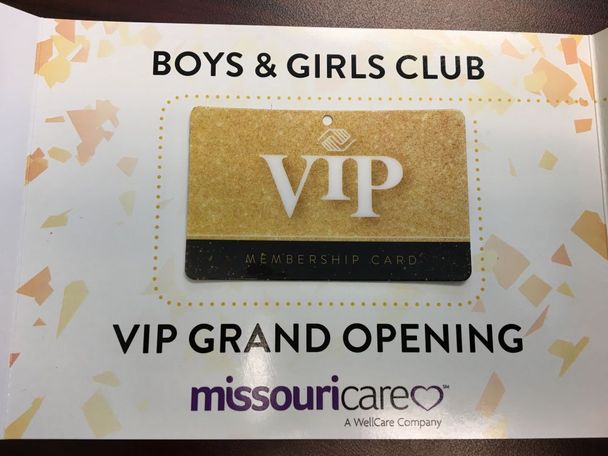 "When we found out we were going to lose our facility in Elm Street, it was devastating to me personally because I didn't know what we were going to do," said Executive Director of the Boys and Girls Club in Jefferson City Stephanie Johnson. "I had no idea we had the capacity to raise the funds that we needed to rebuild."

Johnson and the Boys and Girls team started a fundraising campaign called Light the Way Home to raise money to build a new facility.

"The name of the campaign was that, 'We are a home away from home,' and we lost that home. So, we raised the money on the notion that we are going to build a facility that will have a 'beacon of light,'" Johnson said. "Our original goal was to raise $2.2 million, and we were able to raise over $3 million."

Half a million dollars was donated by organizations and $425,000 from MoDOT buying the old building, but the biggest portion of the money came from city members.

"We are so blessed here in Jefferson City to live in such a giving and caring community," she said. “And the lion share of that came from local donors. Individuals here and businesses in Jefferson City who believe in our mission, believe in what we are doing and the impact that we have in the children lives."

After several years depending on community favors to operate, Jefferson City's Boys and Girls Club will open its doors with a carnival for its children and families. The event will take place Thursday at the club's new facility at 1105 Lafayette St. at 4:00 p.m.

Racquel Shipp, a Boys and Girls Club mother and former member, helped make sure every single detail inside the facility was ready for the kids.

"I am happy for our kids because they deserve it. This has been a long time coming. We've been homeless since 2014. But even at the old building, with all the over crowding we had - it did the job. But here, there is so much space. Our kids won't be on top of each other," Shipp said.

Her daughter A'marriah, 11, and her son Clay, 5, are both current members of the club.

"My kids are very excited. They actually have been trying to follow me up here to help them get the building together," Shipp said. "They have just been wondering, 'What is it going to look like?' They have been really wondering."

The first event is reserved for current Boys and Girls Club members and their families, or as the members of the club call them, the VIPs.

"We actually, sent a VIP, special invitation, to all of our members in the mail before school ended. And for the Boys and Girls Club, our VIPs are the children. To us, they are the very important people, and for that reason we want them to see the building first."

Johnson said that for the opening, the club is expected to have more than 500 guests.

"It's just going to be a great experience to see their faces tomorrow once they see what the classrooms look like," Shipp said. "I am very excited about the new facility. I think it is going to give the kids the optimal club experience that they deserve to have here in Jefferson City."

The community will also have the opportunity to tour the new facility on Monday, June 19 during the facility's grand opening.

Shipp said that people should research and see the Boys and Girls Club work before assuming anything.

Johnson said this wouldn’t have been able without the caring heart of the community.

"I can't thank the residents of Jefferson City enough, and central Missouri, for making this dream come true for our kids."

The old Boys and Girls Club facility in Elm Street was donated by the city to the organization. The building built in the late '90s used to be a gas station. The structured served well for many years, but it had its problems.

"Children would get a tray of food and they would literally just sit at where ever they could find a sit, and may or may not have a table to put their tray," Johnson said.

Now the organization is able to provide a more comfortable environment since the new facility has a full size kitchen and cafeteria.

The new facility holds 350 children. The club has a main floor that will serve kindergarten to fifth graders, and a lower level that will house the Teen Center for middle and high school students.

The facility includes a technology center, classrooms, an all girls lounge, a recording studio, a basketball court, a library, a playground and much more.

"We think it is a wonderful opportunity for young people in our community. Kids of the Boys and Girls Club will walk on campus everyday,” she said. “They will be in an environment of higher education where they will experience opportunities of mentorship, coaching, and really get to spend time with college students.”

The partnership with the university also enables the Boys and Girls Club to use Lincoln University’s new athletic facility, Link Wellness Center, right beside the club. This saved the organization from spending money on building an athletic facility for its children.

Johnson said the closeness to the university will help the Boys and Girls Club walk its children through the journey of childhood through higher education, so that they can be successful adults.

"Our goal is for the children of Jefferson City to walk on Lincoln campus as a child of the Boys and Girls Club, and to walk off of campus a graduate of Lincoln University," she said.

The Boys and Girls Club will host its summer program in the new facility starting on Monday, May 29. More than 200 children are enrolled.

They will also host the Stem Summer Program for students from sixth to ninth grade. This is a technology-based program where children will work on robotics, 3D printers, digital arts, culinary arts, musical arts and more.

"One of the important things we do at the Boys and Girls Club is to help enhance the academic enrichment of a child during out of school time," she said. "Summer learning loss is an issue. Children forget some of the things they've learned. So, part of what we do is help keep their skills sharp over the summer academically."

The summer program spots are filled up, but enrollment for the after school sessions in the fall will open in June. Families that are interested in registering their kids can do so on the organization’s website.

Johnson said the Boys and Girls Club is always looking for volunteers.

"If you want to come out and give art classes, or come out and spend time in the recording studio with the kids, whatever your interest or hobby is, we are looking for volunteers to help teach those skills to children," she said.