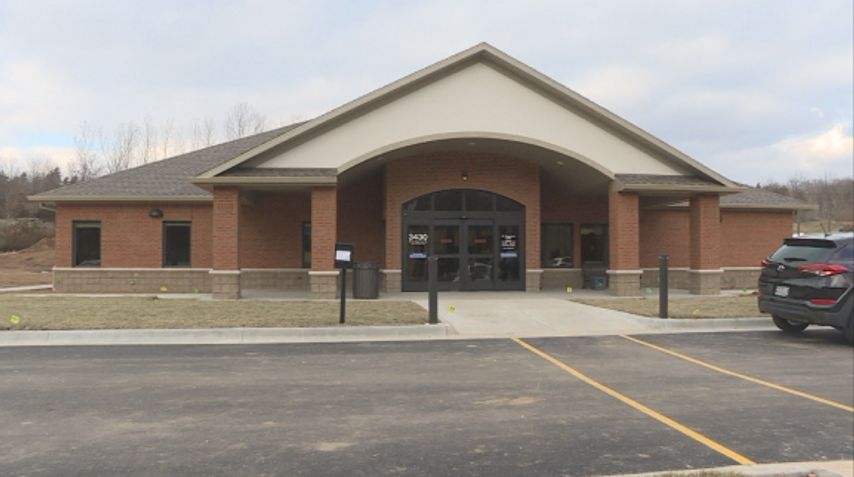 Jeff Hoelscher, Truman VA Hospital public relations officer, said it's special to see the clinic open considering it was open field less than a year ago.

"It's just a beautiful facility," he said. "Much larger, more open and it's really neat to see it in its completed form."

The new facility offers a number of advantages over the old one including 3,000 additional square feet and three more primary care rooms.

"Having a clinic of this size and this number of services and the quality of services is really going to benefit veterans in this area," Hoelscher said.

Longtime VFW Post 1003 quartermaster Don Hentges is one of those veterans.

Hentges served as a rifleman in the 101 Airborne in Vietnam.

He said in November of 1969, his three-man patrol set off an IED, killing his best friend and wounded him and the other man.

"I had shrapnel in my right eye and shrapnel wounds all along my body, especially in my legs," he said.

While doctors were able to save Hentges right eye, they couldn't save his sight in that eye.

Hentges said until now, he had to go to the Truman VA hospital in Columbia to get his eye checked.

Hentges said he'll save time and hassle, too.

"Columbia, you know, that's a big hospital up there, parking's always an issue, just the volume of people, he said. "Here it's a lot smaller local facility and takes care of my needs real well."

Hoelscher said the move to a new facility was a long time coming.

"Patient care we're providing in Jefferson City is growing and we anticipate in the next several years that we'll grow probably around 30 percent more than what we're providing right now," he said.

Hentges said he's grateful for the VA making it easier for all veterans to get the care they need.

"Veterans gave a lot for this country and it's good that the country honors and takes care of our veterans," he said.