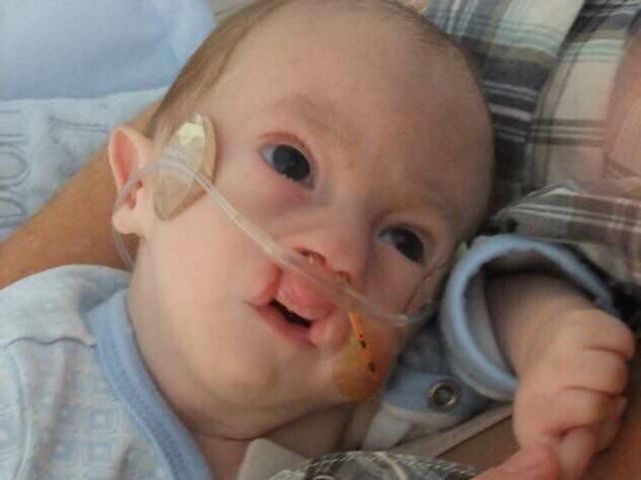 ST. LOUIS — Sheryl Crosier  and her husband Scott said they watched helplessly as their son, Simon, took his last breath without any effort from hospital staff to resuscitate him.

It was only after Simon died that Crosier and her husband found out doctors in Missouri can legally place do-not-resuscitate (DNR) orders on child patients without permission from their parents.

Now the parents have succeeded in passing Simon's law to make it illegal.

Simon was diagnosed with Trisomy 18, a life-threatening developmental disorder, before he was born in 2010. His parents said he spent all three months of his life at the St. John’s Mercy Medical Center, now Mercy Hospital St. Louis.

They said during the entirety of his stay, his medical team changed his treatment plan and put him on a low amount of food, all without consulting them.

The Crosiers said their struggles culminated to December 3 when Simon died.

“His oxygen level was falling, and we were told this is the end and nothing could be done. And we were just watching our child die,” Crosier said. “The only people that were panicking in his NICU room were (my husband) and myself.”

Since then, the Crosiers said they have been working to make sure the same thing does not happen to other parents.

Their bill, called Simon’s Law, was filed by Rep. Bill Kidd, R-Jackson. This May, it was passed by a unanimous vote - making Missouri the fourth state to do so.

Now it awaits the governor's signature.

“After I heard her story, I told her, ‘If I am elected, I will fight the fight for Simon,’” Kidd said.

The bill will require hospitals to make reasonable attempts to gain consent from a child's parent or legal guardian before placing a DNR in his/her medical chart.

Earlier versions of the bill required parents or guardians to sign the child's DNR. After some argued it is similar to signing a child's death warrant, that section was modified. Now two witnesses must be present when the parents and physician discuss end of life options.

Kidd said the bill would protect both parents and medical professionals.

“This is a parental rights bill,” said Kidd. “But we’ve put things in there to also protect the doctors and hospitals to say, ‘Doctor, you don’t have to do CPR forever and ever. You can stop.’”

Kidd said in crafting the bill, he worked with the state’s hospital association to ensure that both parties are satisfied and feel protected.

Dave Dillon, vice president for media relations at the Missouri Hospital Association, said in the past that the association had concerns that the bill would limit health care professionals’ medical judgment.

“Do you tell medical staff to perform CPR on an individual that is otherwise dead until you get the parent’s approval?” Dillon asked.

He now says the association supports the bill.

"It's good for our hospital staff too," Dillon said. "Because when you know the rules, you are more likely to follow them."

“Nobody should make these decisions except for a parent,” Crosier said. “That’s why people need to know about these secret DNRs.”

The governor's office does not yet have a signing date set for Simon's Law.