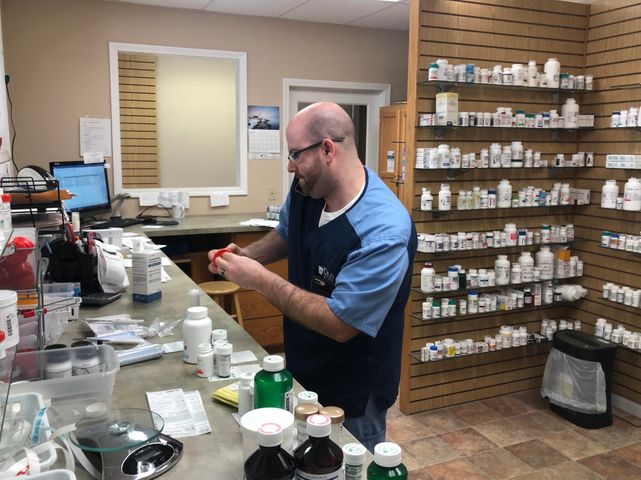 Pharmacy benefit managers, or PBMs, act as "middlemen" in the distribution chain for prescription drugs.

Their role primarily focuses on the lists of covered medications through health insurers, negotiating rebates and discounts from manufacturers, and directly conversing with pharmacies to reimburse for drugs dispensed to beneficiaries.

But Sen. Sater argues the role PBMs play in the distribution process needs to be reined in. He said they are responsible for driving up costs through "spread pricing," the practice of PBMs working with health plans to manage prescription drug benefits, then keeping a portion of the money paid to them opposed to passing the full amount on to pharmacies.

Another concern is the redirecting of patients to mail-order pharmacies.

"I believe in the patient's right to be able to choose a pharmacy of their choice," Sen. Sater said. "We want to make sure PBMs are licensed by the State of Missouri through the Department of Insurance and they can be the oversight for their activities."

The bill is bipartisan and legislation like this has popped up across the United States.

PBMs are the only part of the drug supply chain that are not licensed and watched by the State of Missouri. There has yet to be pushback on the legislation in Missouri, but Ron Fitzwater, CEO of the Missouri Pharmacy Association, said pushback comes from the industry itself.

Erica Crane, a long-time pharmacist in Missouri, said she has had a hard time explaining to patients who have taken a prescription for years that it is no longer covered under their insurance plan due to a decision PBMs made. She said much of her time is now spent troubleshooting a way around higher prices.

"We've had patients who maybe can't afford their prescriptions when they need it, so they'll wait until the end of the month when they get paid," Crane said. "Maybe they'll cut their prescription medications in half, or skip days just to make it last longer."

Loretta Boesing, a Missouri mother, only learned what PBMs were after her child received a liver transplant and needed a transplant medication. A mail-order pharmacy shipped the prescription without notification. Shortly after taking the medication, her son underwent transplant rejection.

"Health insurance should protect patients, but the PBMs collect the rebate money and collect other cost savings that never make it to the patients," Boesing said. "PBMs provide no patient care and they don't manufacture medications, yet they're one of the wealthiest players in the industry."