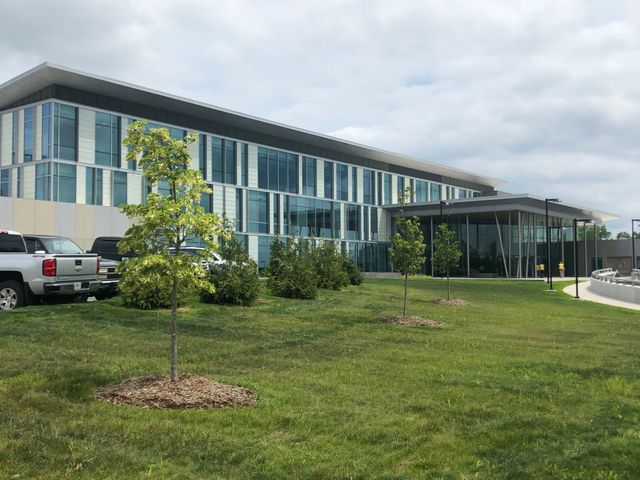 FULTON - The new Fulton State Hospital is hosting a job fair from noon to 8 p.m. on Wednesday, with officials saying the safety of future employees is a top priority.

The hospital's former location, with its decaying structure and out-of-date technology, had a reputation as a dangerous place to work.

"We have very few corners. You can clearly see from one hall to the other," he said.

Atkinson said there isn't any place for patients to hide.

"We expect the new facility to be dramatically safer than where we currently operate," he said.

Debra Walker, director of public and legislative affairs at the Missouri Department of Mental Health, said they are not planning any marketing campaigns to build a reputation for the new facility.

"The building speaks for itself," she said.

Walker said hallways were narrow, and ceilings were low in the old building, but the new facility creates "a much more conducive environment" for treating mentally ill patients.

The Nixon Forensics Center will bring about 700 job opportunities to the job fair, Atkinson said.

Atkinson said potential workers have to be able to help the patients that deal with mental health issues. He said the specific setting leads to a particular skill set.

"We train our staff in how to appropriately defend themselves and to hopefully avoid any dangerous situations or aggression by our clients," Atkinson said.

Atkinson said the hospital would start to move patients into the Nixon Forensics Center in July.