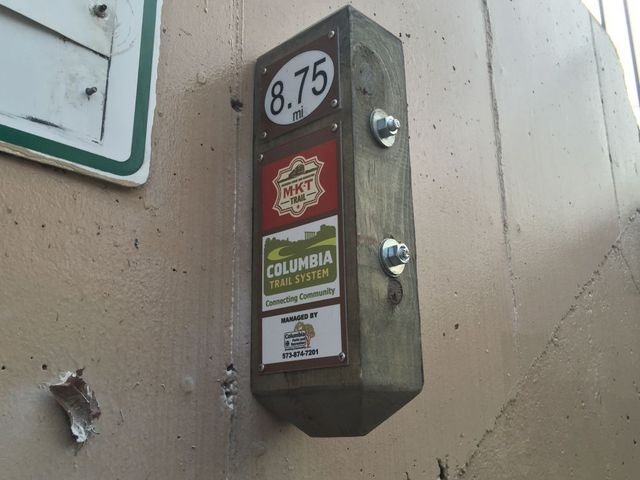 The Columbia Parks and Recreation Department installed new mile markers on the city’s trails this week. The markers appear every quarter mile for a total of 26 miles.

Jacqui Jamieson lives near the trails, and she said she is thrilled with the new markers.

“I think it’s great. I like to walk on the trail, I like to run on the trail so it’s nice to know how far you’ve gone before you have to turn around and go back. So yeah, I think it’s a great addition to the city,” said Jamieson.

Another resident said he is pleased with the markers, but probably won’t use them often.

“There was a time in my life I would have been referencing the markers. Now, I’m just glad to be able to walk from one to the other,” said Wayne Fields.

The markers will not only assist those using the trails for recreational purposes, but will also serve as a resource for first responders when emergency situations occur on the trails.

According to a news release published by the Columbia Parks and Recreation Department, a federal grant from the Recreational Trails Program covered most of the cost. The 2010 Park Sales Tax matched 20 percent of the grant.