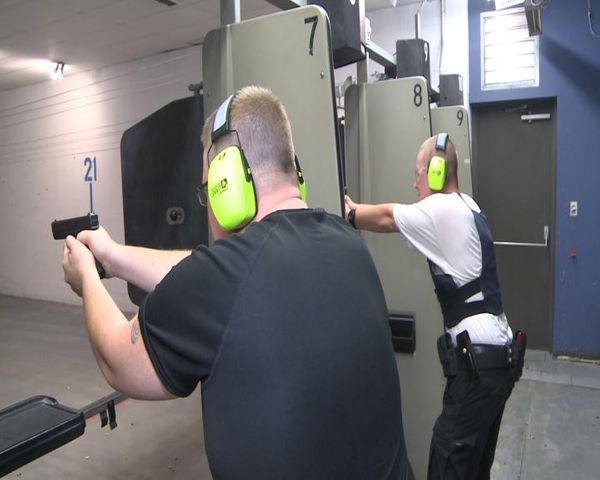 COLUMBIA - In August, Missouri voters will decide on a new gun law that could make it easier for gun owners block moves to limit firearm ownership. But critics say it come witha major cost to the state.

The proposal will appear on the ballot as Amendment 5 and Missouri voters will have a chance to vote on it during the August 5 primary election.

According to Republican Senator Kurt Schaefer of Columbia, who is the bill's sponsor, the goal is to strengthen the rights of Missouri citizens when it comes to their Second Amendment rights.

"What this ballot language would do, if passed by the voters, is add language that says that right is unalienable, that it gets the highest level of review by a court on any infringement on the right, and then also that it's the obligation of the state of Missouri to uphold that right," Schaefer said.

Schaefer also said that he believes citizens have very strong rights when it comes to their First Amendment rights, but their right to own and carry a firearm gets left behind.

Schaefer said that much of the language for the new proposal comes from an incident in which he subpoenaed a Social Security agent last April. He said the agent's testimony in the case really set a standard for the new law.

"What they said was they were going to compare people who got a Social Security benefit along with people that owned firearms in the state of Missouri and then make a determination of whether or not those people should be able to possess firearms," Schaefer said. "That clearly is regulatory overreach, which we're seeing a lot of from the federal government right now."

Under the strict scrutiny standard that would apply to gun ownership, if an organization wanted to remove someone's right to own a firearm, they would have to meet two requirements.

With the new law, the right to carry arms would fit into the category of what is known as "enshrined rights." These types of rights are those that are specifically listed out in the U.S. Constitution. According to the United States Supreme Court, these rights are also due a higher level of scrutiny when someone challenges them.

Schaefer also stressed that the new law would not have a major effect on a majority of gun owners, and that the law would only come into play if an organization attempted to infringe the right to own a gun.

If voters approve it, the new law would allow gun owners who feel that their rights are being infringed upon to ask the Missouri Attorney General to help defend against the challenge to own a gun.

"What Amendment 5 says is that I can go to the attorney general and tell him to defend me as a citizen of the state of Missouri and that he would be compelled to do that," said Senator Mike Kehoe, a Republican from Jefferson City.

The current state of the law forces those whose rights to own a gun are questioned to go and hire an outside defense source individually.

But critics contend the savings individuals would enjoy under the new law would now cost the state.

A recent finding by State Auditor Tom Schweich, a Republican, said the proposal could cost the state a "significant amount of money" when it comes to "litigation and criminal justice related costs."

In the summary, Schweich didn't list any estimated costs, but when asked about the findings, Kehoe called the numbers "crazy."

Democratic Senator Joseph Keaveny of St. Louis also brought up a concern that he had, which is that the creation of the new law is unnecessary.

"We already allow this type of right in the constitution, this is more of a get out the vote effort for the Republican party," he said.

If voters pass the amendment, it will go into effect 30 days after the election.