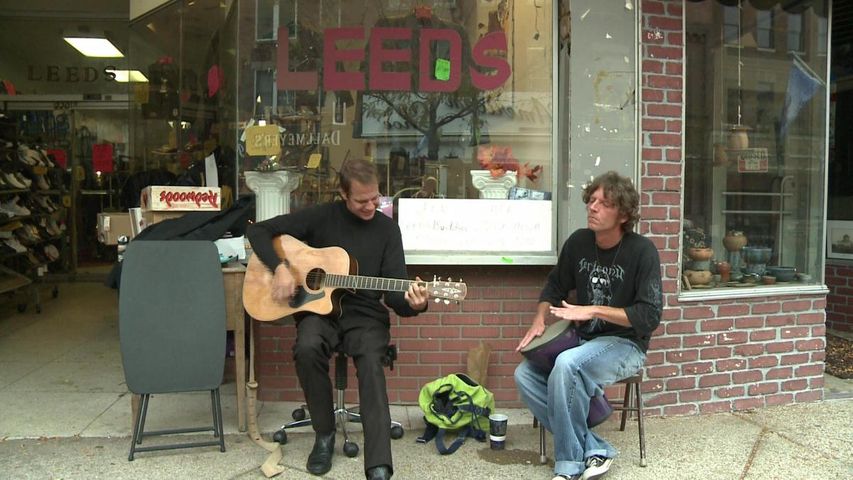 Regular street performers like Alex Starr and Jay Neilson on High Street in Jefferson City could have to tone the volume down if the ordinance is passed.

"I don't believe in censorship and limiting sound in a public place is censorship, especially if you're guys like us just playing music" Nielsen said. "But I have a child, and I understand that during the evening it is not okay to have loud noises while children are sleeping."

Decibel measurements are not included in the noise ordinance in effect now in Jefferson City. It is a matter of judgment of the law enforcement official as to whether the noise is loud enough to be regimented. Steam whistles, streetcars and phonographs are listed on the noise ordinance currently in effect, which, to some, can be perceived as being outdated.

"We are getting a lot more live music and outdoor music in Jefferson City now, quite a bit. We're getting residents where we didn't have them before," Bray said. "We have commercial buildings going into residential areas like never before. With this noise ordinance, we should be prepared to deal with these growing pains."

Jefferson City Director of Public Works Roger Schwartze purchased a tool to measure decibel levels and walked throughout the city to record normal sound levels. Schwartze did this to come up with limitations on decibels for the city.

"That's why we are setting the decibel level at a maximum of 85 for a commercial area," Schwartze said. "Because when you go out and listen to some of the sounds we already have that are normal for the city, some of them get up into an 80 to 82 level."

"It's just unnsecessary to have a decibel level that loud allowed in a commercial area that sits so close to residents," Smollen said. "I think the city council should look and compare it more to other ordinances in other cities and get it in line with them."