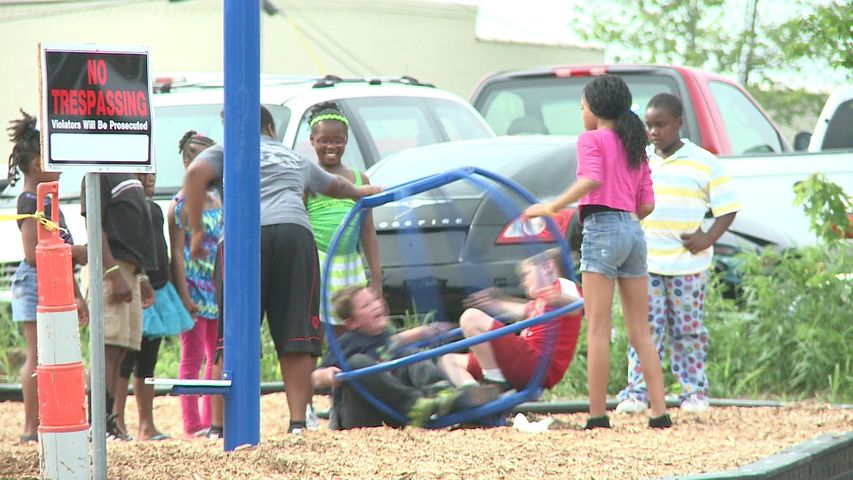 Veterans United Home Loans donated and built the playground in a single day in April after adopting the Boys & Girls Club as its philanthropic partner. Heart of Missouri United Way coordinated the build.

The April weather wasn't too kind to the builders, though. Veterans United volunteers had to deal with wind, cold and rain but the work continued to meet the goal of building a playground in eight hours.

"We just decided a little rain is not going to stop us from making it happen. And, honestly, by the end of the day, people were still laughing, still smiling and so excited about what has happened right in front of their eyes," Megan Sievers of Veterans United said.

The new playground is just one of the new things coming to the Boys & Girl Club. The group is in the process of expanding its teen facility on North Seventh Street in order to bring all of its operations under the same roof. It will also be adding a basketball court behind the playground.

The other Boys & Girls Club location is on Fay Street.

The group hopes the expanded facility across from Hickman High School will help teens stay out of trouble.

"I think a lot of the teens that are making bad choices right now are just because they're bored, they don't have a structured place to go and hang out," Valorie Livingston, executive director of the club, said.

The club plans to finish the expansion in the next few months.