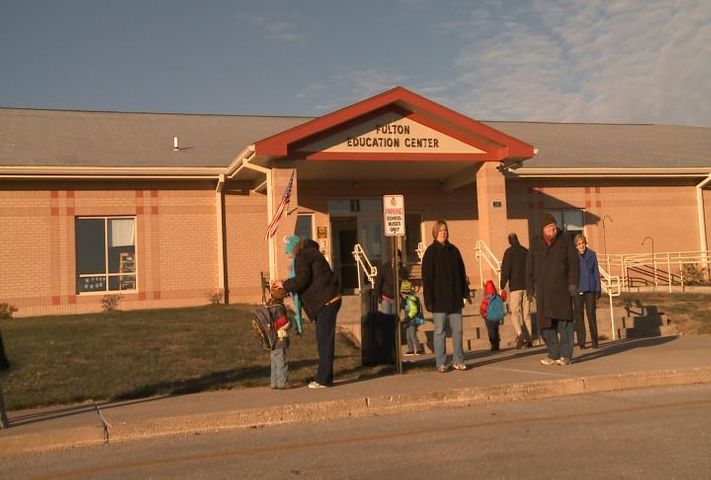 FULTON - A new preschool program at the Fulton Education Center will open its doors to children starting Dec. 1.

The Missouri Department of Elementary and Secondary Education, or DESE, provided the school with $110,000 to form a new preschool program as part of the Missouri Preschool Program grant.

Jennifer Meyerhoff is the director of the Fulton Education Center, or FEC, and decided to apply for the grant in September due to a widening education gap in the area.

"We have a need for preschool in our area. We have several preschools but when we did the research last school year the children going into kindergarten, a third of them had not had preschool," she said. "The standards the way they are today, kindergarten is a lot more intense so having preschool is essential."

Robyn Frame teaches kindergarten at Bartley Elementary school in Fulton and said it's obvious to her which children in the classroom haven't attended preschool.

"We probably average anywhere from five to 10 kids without preschool," Frame said. "I have children who can read, and the average group comes in knowing their numbers and letters, know who they are can write their name or recognize their name, and then there are those who can't. Maybe they haven't even ever sung the alphabet, counted, maybe don't know if they're a boy or a girl so we've got this huge gap."

Meyerhoff said she hopes this gap will become smaller over time with the addition of this new preschool program.

"About 35 percent did not have preschool last year. I think this will catch maybe not all of those kids, but a lot of them and we're hoping to expand over the years based on need," Meyerhoff said. "We really focus on social-emotional skills and play, just getting along with other children and the pre-academic skills too."

DESE's Office of Early and Extended Learning offers the bid process yearly depending on available funding and typically 30 to 60 programs apply for the grant.

This year 22 programs around the state received the grant but the FEC is the only one in Callaway County.

Meyerhoff said while the need is great in the county, other preschool directors might not have applied because there was a very short window to prepare the application.

She had just under a month to finish the 40-page application that included a curriculum plan, creating an advisory board, and planning a line-by-line budget for the new program.

The class was originally supposed to open in early November but delays caused that date to be pushed back.

"We received the grant September 25th and the minute we received it we needed to start looking for a teacher. We needed to start finding children. We needed to order thousands of dollars worth of supplies. We needed to paint the room, move staff around, move some classrooms and we were very optimistic and thought we'd get it done but we just weren't quite ready," Meyerhoff said.

Meyerhoff said the programs will have the same curriculum, do the same activities throughout the building, work alongside kindergarten teachers, and have certified teachers in the classroom.

However, there is a major difference between the new program and the existing programs.

"The existing program is a Title I preschool and it's funded in a different way," Meyerhoff said. "There's limited openings so children have to go through a screening process and they need to meet criteria. Basically if they have a need in speech or if they have a need in social-emotional, those types of things then they can go based on need."

The new program is first come first serve and there is no screening process involved. Additionally, the new program requires a weekly fee. Parents will pay $40 per week but that price is based on income.

A price that Frame said will pay off over time.

Meyerhoff and Frame aren't the only ones working to bridge the education gap. More state support may be available soon thanks to a funding opportunity that DESE applied for.

"Recently a funding opportunity from the U.S. Departments of Education and Health & Human Services was available for preschool development," DESE communications specialist Nancy Bowles said. "Missouri is one of nine state and territories applying for this funding to increase preschool options and supports."