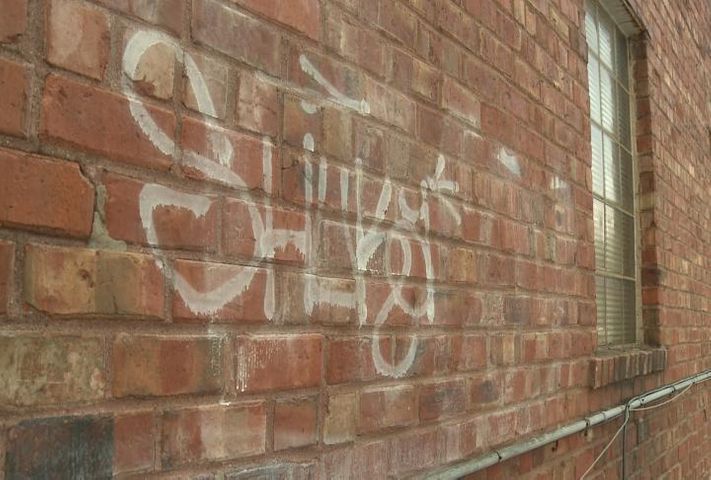 COLUMBIA - After a rash of vandalism in downtown Columbia at the end of May, the Department of Community Development is trying to take a proactive approach to graffiti.

The department released a new video about graffiti prevention and clean up. Neighborhood Communications Coordinator Bill Cantin said graffiti has always been a problem downtown, but Columbia doesn't have a specific way to deal with graffiti.

"We've been kind of struggling in the past to figure out a way to deal with it because the City of Columbia doesn't have an ordinance specific to graffiti in place like a lot of other large cities do," Cantin said.

Lakota Coffee is one of the downtown businesses that was attacked by vandals earlier this year. General Manager Andrew DuCharme said vandals broke both front windows and threw paint on Lakota's awning. While he said he hasn't had a specific problem with graffiti, he is happy to see the city taking initiative.

"I mean I'd like to see something happen," DuCharme said. "Like I said, I haven't seen any graffiti issues, but I definitely would like to see the person caught for sure."

Lakota's vandals were caught on surveillance video, but Columbia Police Department Lieutenant Barb Buck said the department hasn't been able to identify or arrest the vandals.

Cantin said he has graffiti clean up buckets available to public and private businesses, but warns the cleaner can be so strong it can remove paint from buildings. He suggests private businesses just paint over graffiti rather than try to scrub it off.