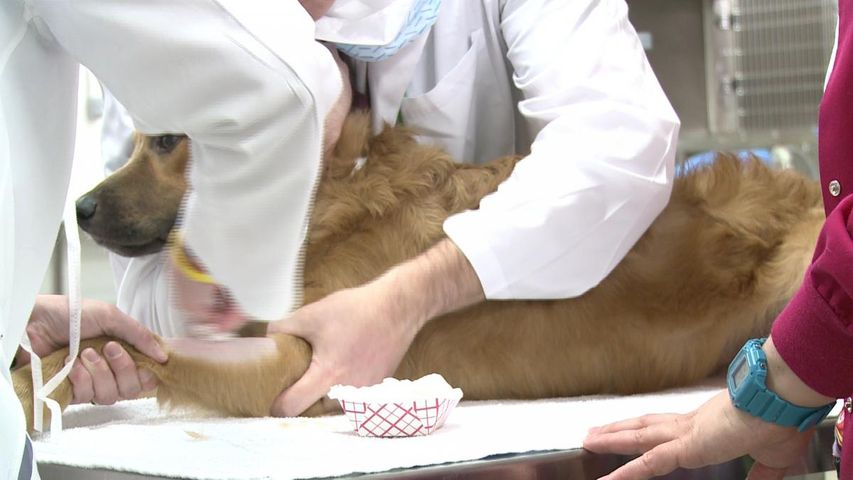 COLUMBIA - The MU College of Veterinary Medicine and the Central Missouri Humane Society have joined forces in a program that will allow veterinary students to provide the animals with surgical care free of charge. The program began two weeks ago, but has already saved the shelter approximately $2,250.

"The average student at the MU, before this program started, performed anywhere from one to, at most, three surgeries before they graduated," program supervisor Matthew Prator said. "And immediately after graduation, they were licensed and expected to hit the ground running and start performing surgeries from day one without having much experience at all. With the program, the goal is to take those 1-3 surgeries and make it more like, 12-15 surgeries."

Four students participate in the program at any given time. They usually switch out with other students every three weeks. Currently, students only spay and neuter the animal, but Prator expects them to take on more complicated procedures in the future. Shelters typically cannot afford complex procedures for the animals that come through their doors. By allowing the students to do them instead, Prator said the animals become more adoptable.

"Currently, euthanasia rates in American shelters are about 50 percent," Prator said. "Looking at numbers from other veterinary schools who have similar programs, they're achieving 80 to 90 percent adoption rates with animals who have the student perform the surgeries. We're basically almost doubling the adoption rates."

But the animals aren't the only ones benefiting from the program.

"It helps free up our schedule in terms of our low-cost spaying and neutering, and it helps us offer those services to people in the community that need it the most," said Colin LaVaute, Central Missouri Humane Society Shelter Relations Coordinator.

The surgeries take place in an MU facility off campus. Prator said the isolation is necessary to keep the shelter animals safe from animals with other ailments.

"Say, for example, an animal who's suffering from cancer and is going through chemotherapy treatment. Those animals, while they're receiving treatment are going to have a weakened immune system because of the medications, so we're trying to reduce the risk of these common, and usually not so serious diseases becoming much more serious in those already compromised patients."

Currently, MU is only working with the Central Missouri Humane Society, but Prator said he hopes the program will expand to more rural areas throughout Missouri.

"Cities like St. Louis and Kansas City have quite large shelters that already have established protocols and their own veterinarians on staff who perform all their surgeries for them," Prator said. "It really is the rural shelters where we can do the most good. Not only are they much more underfunded, but certain smaller communities also don't even have their own veterinary staff or the ability to perform these surgeries."

The university currently funds the program, but Prator said the money is limited and might run out soon. Those interested in helping can donate money through the MU College of Veterinary Medicine.