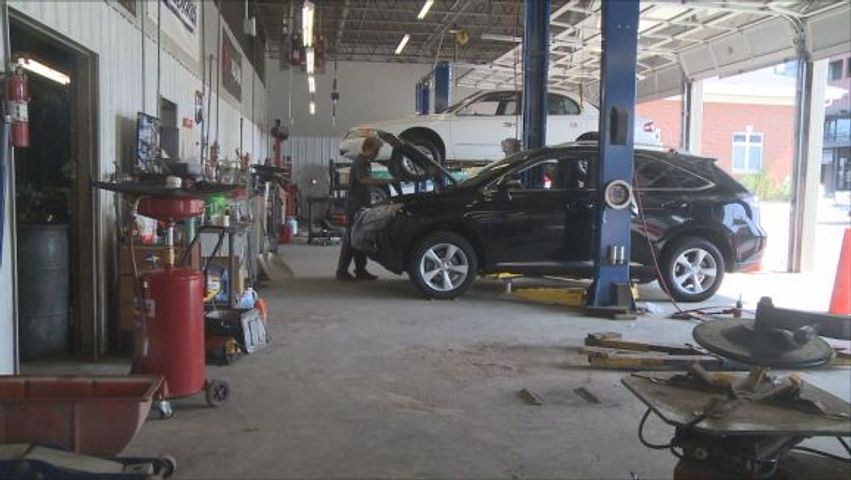 COLUMBIA — A new study ranked Missouri in the top 10 least expensive states for car repairs. CarMD, an auto repair website said it bases its finding on review of more than one million repair records.

“The least expensive states tend to have a higher percentage of repairs that can be addressed in a matter of minutes versus major parts replacements that require days in the shop,” CarMD said.

"I know Columbia, Missouri through the years has been an inexpensive place to live in general," Botts said. "So, it would follow that car repairs and maintenance might be part of that figure."

"In Kansas City or St. Louis, the labor rates and repairs are typically, I would even say, significantly more expensive than they are here in Columbia," Botts said.

According to the study, the average total cost of a repair that occurred because a motorist brought in their car after the “check engine” light illuminated was $435.47. That includes $167.85 for labor and $267.62 for parts.

CarMD said it compiled the annual repair-cost rankings to bring awareness to car owners about the importance of check engine light repairs in minimizing the cost of ownership.

The most common cause of check engine light issues was a faulty oxygen sensor.

It was the most frequently diagnosed repair in half of all U.S. states and one that, if left unrepaired, can slash a car’s fuel economy. CarMD said in a statement addressing warning lights early helps reduce the chances of doing additional damage to your vehicle.