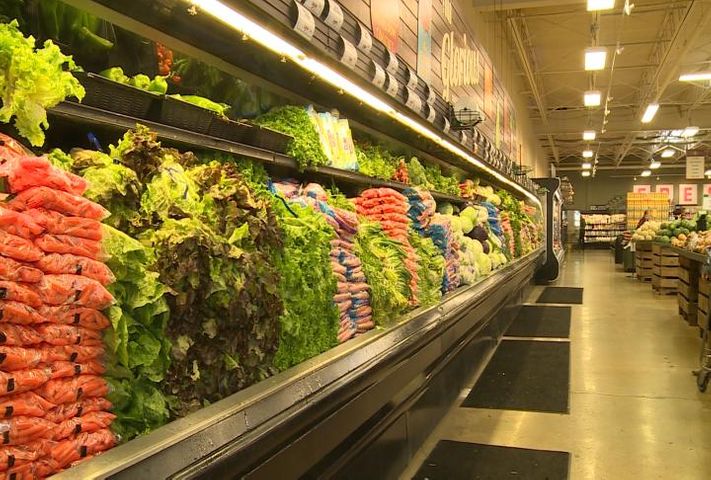 COLUMBIA - Imagine getting home from work on a Tuesday night, fixing yourself a nutritious snack of fruit salad, and sitting down to relax.

According to a new report from Consumer Reports, those strawberries you're enjoying actually have a high risk of carrying an unhealthy amount of pesticides.

Several of the high risk foods on the list are not grown in the United States. Tim Reinbott, Superintendent of the University of Missouri Bradford Research Center, isn't surprised, mostly because other countries may not restrict the same types of pesticides we do here.

Conventional food is grown with the use of pesticides, usually to help it stay healthy or to keep insects away. Organic food requires more manual labor.

For instance, Reinbott said instead of spraying to keep insects away, someone growing organic food might pick off insects by hand.

Some of these foods are grown in the United States, but part of the problem lies in how people want the food to look.

"Some fruits and vegetables have a lot more pesticides applied to them just because of the nature of what they're susceptible to," he said. "They have to be. For that good quality that looks pleasing to us."

But as many consumers know, organic food can be expensive, costing an average of 49 percent more.

Some residents in Columbia said they were willing to pay for their health.

"I don't make a whole lot of money, but I do think it's important for me to spend my money on things that are important to my health," said organic farmer Leslie Touzeau. "Maybe it's not such a bad thing to be thinking about what kind of chemicals are on your food."

Other residents said that they don't really spend the money on organic.

"I usually shop by price and not by what I'm getting," said Tammi White. "I usually wash all my fruits and vegetables."