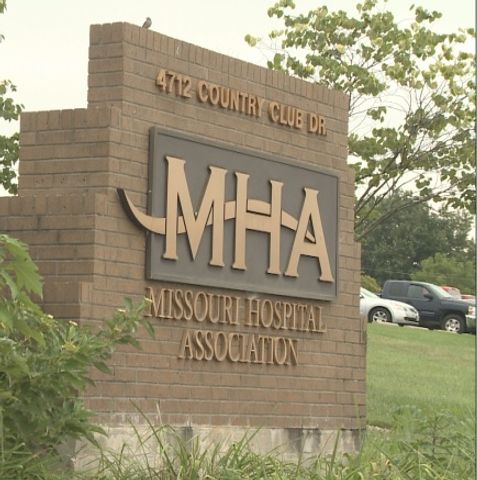 JEFFERSON CITY - The Missouri Hospital Association (MHA) released new information Tuesday on Missouri's Medicaid eligibility and found the life expectancy in Missouri has decreased due to what the group said is difficulty in obtaining health insurance.

"As of our most recent data, an uninsured Missourian visits a hospital emergency department once a minute in Missouri," spokesperson for MHA Dave Dillon said.

Dillon said one of the biggest issues with Medicaid eligibility is some people make more than the poverty line in Missouri. In order to get insurance from Medicaid, one must make approximately $9.00. the MHA compared that to the country of Angola's average daily income of $13.35.

"One of the more compelling things about the impacts of the uninsured in Missouri is that those individuals don't have a health care home," Dillon said. "They wait as long as they possibly can and then they go to a hospital emergency department."

The MHA said a lot of people wait until the last minute to get primary care they need because a doctor's visit is too expensive. Because some people wait so long, it links to the decrease in life expectancy. According to MHA, life expectancy rates in some areas of the state are worse than the Third World. The MHA found that 11 counties in southeast Missouri and the city of St. Louis have average life expectancies of less than 74 years. Missourians living in these areas can expect to live two years less than the residents of Vietnam, Venezuela, and one year less than Hondurans and Lebanese.

"What we've seen is those without health insurance often live sicker and die younger," said Vice President of the Missouri Foundation for Health, Ryan Barker. "They wait to go get primary care, they wait until they're really sick to go to the hospital, and then they often get a later stage diagnosis."

Not only does the lack of insured Missourians affect the state's life expectancy, but it ultimately affects the state's economy.

"When someone doesn't have health insurance it links to their health status, to their worker productivity, and really has an impact on the economy," Barker said.

Dillon said a lot of people in the blue collar workforce and service industry workers don't qualify for worker's insurance, which decreases worker productivity because when they go into work sick, that gets the rest of the office sick.