New report says Missouri has grown in solar energy use 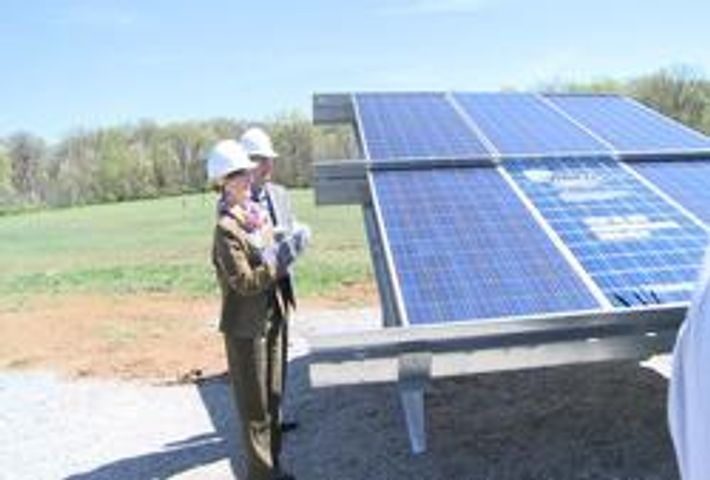 COLUMBIA - A new report from Environment Missouri shows Missouri more than tripled its growth in solar energy in 2013.

"Missouri's gone from a laggard state to a leading state in rooftop solar in the last few years because of the policies enacted by the state legislature and the initiative petition process," Wilson said in a news release.

A major barrier to further expansion of solar use is the cost to set up solar panels. To facilitate expansion, the report advises states and cities to offer incentives to homes and businesses, such as tax credits, rebates, and/or grants.

Columbia's Solar One allows businesses and residents to purchase blocks of solar power for $3.35 per 100 kilowatts per hour. Only Columbia Water & Light customers can sign up for solar energy through Solar One. If you would like to install your own solar panels on your home, you can contact Water & Light for a low interest loan or rebate.