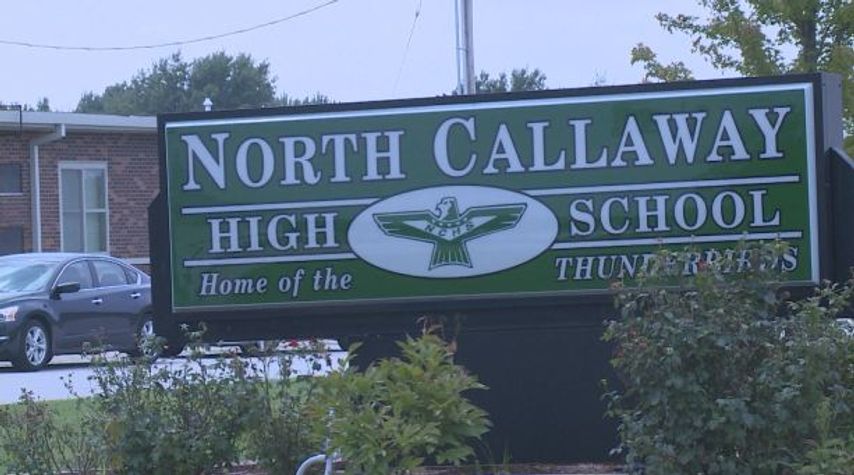 KINGDOM CITY - The Missouri Department of Transportation constructed a new access road off of Old U.S. 40 to get to North Callaway High School.

"It's something that should have been done a long time ago," North Callaway High School principal Matthew Boyer said. "With everything that's happened and the accidents we've had, it was just time to make something happen."

The map below, from MoDOT, shows the improvements.

"We hosted a district basketball tournament here, and there was a serious wreck involving Mexico Military Academy. They were coming to our building." Boyer said. "I think that got the attention of some state legislators."

"They started some conversations with MoDOT, and then MoDOT came to us and our superintendent Dr. Bryan Thomsen."

MoDOT installed a traffic signal at the intersection of U.S. 54 and Old U.S. 40/Route FF to ease traffic flow.

Part of the current project is to remove the existing connection of County Road 148 to U.S. 54.

MoDOT inspector Jacqueline Bordeleau said federal and state money is paying for the project cost of about $1.4 million.

"There's been a lot of accidents," Bordeleau said. "There's concern for the high school kids, and the people going in and out the school."

The map below shows accidents that have happened in the area over the past year. Click the blue police cars to see details of each crash. The red markers indicate changes to the road system.

As of Tuesday, Sept. 9, seven of the 114 crash reports from the Missouri State Highway Patrol were within two miles of North Callaway High School.

"The important thing," Boyer said, "is we're looking out for the safety of our students, but also the safety of the people that are traveling on 54."

She said, once the access road and traffic light are installed and operating, MoDOT will turn over the project over to Callaway County, which will then turn it over to Kingdom City.

To search for crash reports in Missouri since 2002, click here.

[Editor's note: This story has been updated to correct misspellings.]