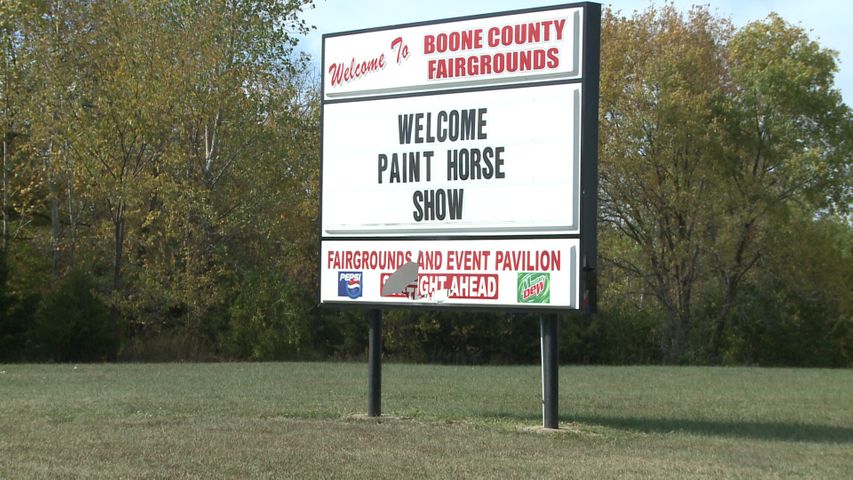 BOONE COUNTY- Workers at the Boone County Fairgrounds have already started to see improvements in the landscape surrounding them on Thursday. And starting Saturday, they might have a newly imposed sales tax to thank for all the changes.

The half-cent sales tax will be imposed on all commerce that occurs on the fairgrounds. Proceeds from the tax will then be reinvested in maintenance and other related projects at the fairgrounds.

Tracy Mulligan is the manager of Discovery Horse Show, which is set to occur later this month at the Boone County Fairgrounds. While the sales tax won't affect her business there, it will affect any vendors who choose to come. Either way, Mulligan said she thinks the tax is a very good thing.

Fairground co-manager Mike Teel said one of the most significant problems facing the property is the main building's roof, which needs repairs that could cost as much as $150,000.

However, both Mulligan and Teel said many of the other issues are on their way to becoming fixed. For example, workers have spread the giant piles of manure as fertilizer for the grounds and they've planted new flowers near the main entrances and buildings. Workers have also started painting and cleaning the barns and horse stalls and have looked into fixing the water leaks and electrical dangers.

C.W. Adams, a worker at the fairgrounds, thinks the result of all of this could make for a better fair in the future.

"I think all the changes will definitely be an asset to the fair," Adams said. "I think you'll see big changes coming in the future and there's a lot of deferred maintenance that needs to be done. They're also working on that, and it's exciting. We're going see lots of changes and they're all good."

While the sales tax will apply to all vendors at the Boone County Fairgrounds, some events and booths aren't taxable to begin with. For example, agricultural products generally do not have a tax attached to them.