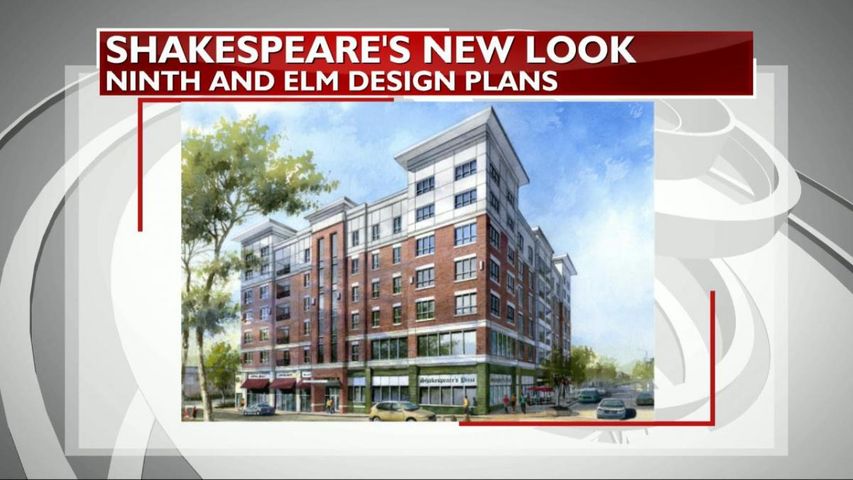 COLUMBIA - Residents around Columbia responded with mixed feelings toward the design for the new complex that will house Shakespeare's Pizza.

McAlester Park released the design for the six-story building on Tuesday. The iconic restaurant will be on the lower level of the building with office space and 50 apartments on the upper levels.

"I know we need new student housing, but I don't like the way they are doing it," said Charlie McGowan, a Columbia resident. "I like the old Shakespeare's."

"As a family person with kids, I just think there's so many apartments being built downtown that they're kinda forgetting about the families that are in Columbia," Harris said. "It's more about the college, which is okay because everything is downtown, but I just want them to know that it's a family oriented place too."

While Harris thinks apartments on top of the restaurant will be different, she liked the idea of Shakespeare's continuing as a permanent establishment.

Shakespeare's Pizza signed a historic 50-year lease to keep the restaurant at its 9th and Elm location.

While the restaurant will continue at the location it has been at since 1973, residents who have grown up with the familiar landmark are skeptical of the change.

As a native Columbia resident, Destiny Albritton said the new plan will take away from the authenticity of what she grew up with.

"I will always think of Shakespeare's the way I grew up, but I don't think the picture you showed me is a bad plan," Albritton said. "I think I'll learn to love it, but it won't be what I grew up with."

Albritton has warmed up to the idea of change and is excited for what the complex brings to the city, and she is not alone.

"I don't know if it will quite compare to the nostalgia of the old Shakespeare's but, I don't know, I think it will be a cool new modern spin on the old one," said University of Missouri student Clayton Myers.

The new version of Shakespeare's will be 30 percent larger but will have a similar layout and the same pizza ovens.

While Myers loved the old building, he also loves to see Columbia building.

With residents still divided on their opinions of growth in downtown they can be assured that Shakespeare's Pizza will back by August 2016.

Construction is scheduled to begin on the complex in a few days.