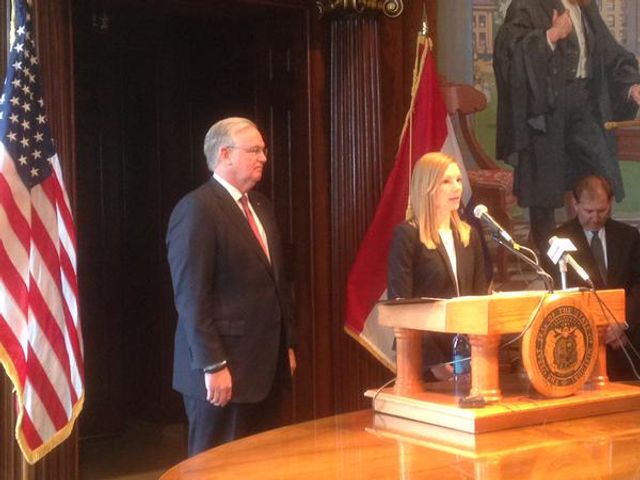 Galloway previously worked for the Boone County Treasurer's office as a CPA and Certified Fraud Examiner since 2011. Galloway was responsible for the county's investments, debt issuance and unclaimed property.

During a news conference, Galloway said as auditor, she will be committed to open government and will carry out audits "without fear or favor."

Galloway takes over for interim State Auditor John Watson, who was appointed by the Governor on Feb. 27 following the death of the previous auditor, Tom Schweich.

Galloway said she will serve the remainder of Schweich's four-year term and will run for the election in 2018.