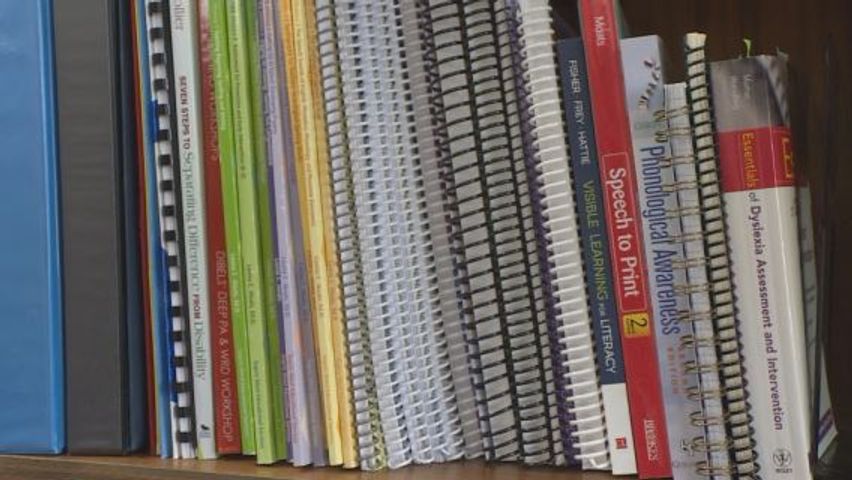 House Bill 2379, passed in the spring, is new for the 2018-2019 school year. It requires screenings that could identify students with dyslexia or a similar disorder.

Kim Stuckey, Director of Dyslexia Specialist for the Missouri Department of Elementary and Secondary Education, said all students in first through third grades should be screened in the first 30 days of school. Screenings for those in kindergarten should be done by mid-year.

Stuckey said it is important to intervene with students who have dyslexia as early as possible.

“If we catch a student before they fall too far behind, in kindergarten or first grade, the time that it takes to catch them up or close the gap with their peers is much less than it would be if they were, say, in third or fourth, or even fifth grade,” Stuckey said.

“They feel like a failure because they’re learning differently,” Cook said.

Students in fourth through 12th grade can receive screening based on recommendations from teachers or at parents’ request.

Stuckey said the new screenings do not diagnose dyslexia but could recognize dyslexic characteristics.

“A screening is a brief battery of tests typically given by a classroom teacher to assess foundational skills that are predictive of whether or not they will struggle to learn to read,” Stuckey said.

Stuckey said the tests are looking for skills that pick up on the sounds of words before they attached to letters. These could include alliteration, rhyming or decoding words.

“That typically causes a glitch in reading development because there’s limited access to the sounds within language, so it causes difficulty with decoding, and usually trouble with spelling,” Stuckey said.

Cook said dyslexia is not just an academic issue, but an emotional issue as well.

“It’s not just reading, it affects everything,” Cook said.

Cook said she has worked with children since the 1980s, when, she said, dyslexia seemed like a “bad word.”

Most of those resources would be at little to no cost for school districts, such as extended test time and oral examinations.

Stuckey said some schools have been working on changes for the last six to eight months. She calls this an “exciting time.”

“It’s really encouraging that we’re having these conversations and were able to implement this in a way that’s going to make meaningful change,” Stuckey said.

“There is more than one way of learning,” Cook said.

Stuckey said the state did not approve one specific screening tool. Instead, she said school districts will make their own decision.