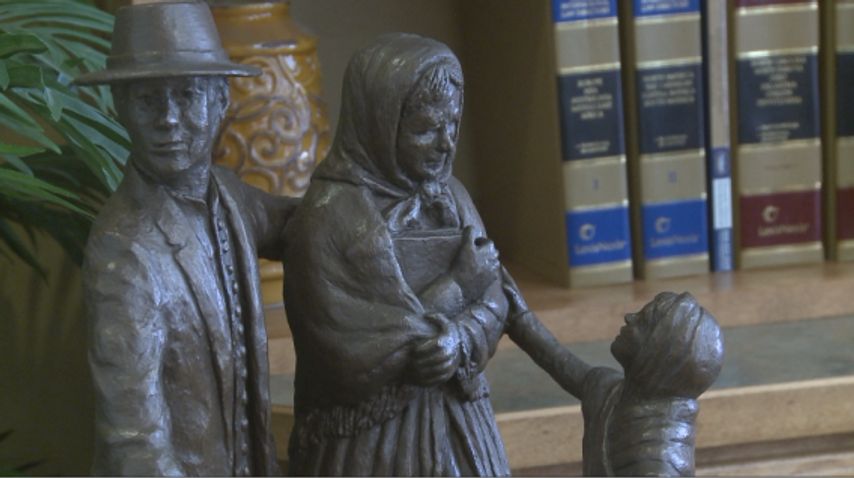 JEFFERSON CITY - A new statue will be unveiled on Monday in Jefferson City. The ‘Immigrants Arriving” statue is meant to honor and remember the immigrants coming to Missouri during the 19th century.

The statue shows a family of four German immigrants first arriving in Missouri. It will be placed at the Jefferson Landing State Historic Site.

The artwork was sculpted by William J. Williams, who will be in attendance for the unveiling on Monday.

“The statue that will be presented at the museum is made of bronze and it glows. It is beautiful. To see it in its full glory, you will have to come to the museum,“ said Doerhoff.

The Landing Site is closed to the public on Monday, but will be open for the remainder of the week to the public.