New strain of dog flu crosses the river to Missouri 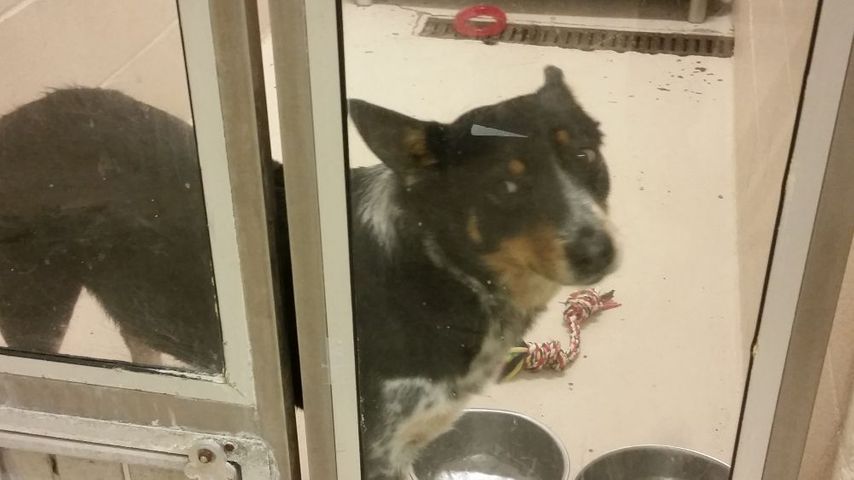 COLUMBIA - Like their two legged owners, man's best friend is at risk for the flu.

A new strain of dog flu is spreading in the United States.

The strain, called H3N2 recently made headlines by infecting a large amount of dogs in the Chicago area.

Dr. Richard Meadows, of the University of Missouri School of Veterinary Medicine, said the new strain has been transmitted from birds on the other side of the world.

"This one is an avian strain that originated in China and then it went to South Korea and that was in 2006 and 2007 respectively," Meadows said. "Then we didn't really see much of it, just a case here and there of it around the world, and then last spring it landed in Chicago."

While the main outbreak may have occurred north in Chicago, there has now been a confirmed case of the virus in St. Louis.

Meadows said the virus could certainly end up in mid-Missouri.

"It could reach here," Meadows said. "Chances are reasonable that it would. It is an infectious disease and it's going to spread among dogs, because dogs are social animals."

Meadows said the way dogs interact is crucial to the spread of the virus.

"When dogs greet each other, they greet each other nose to nose and sometimes nose to other parts, and so when they're nose to nose, they can sneeze and cough on each other," Meadows said." "With dogs, they have no manners or no recognition of that and you cannot explain it to them so they're going to come up and sneeze in each others face and lick each other, and this is cute, social behavior that we like to encourage and maybe that's not the best idea when theres a virus going around."

Many of the symptoms of  H3N2  are similar to what humans go through with other strains. Dogs can exhibit a decreased appetite, lethargic demeanor and a cough.

The virus is not often life-threatening and a vaccine is available, including in mid-Missouri.

"I don't think this is worthy of panic. It's worthy of attention," Meadows said." There has not been a confirmed case in mid-Missouri yet and we have not seen any here in this clinic that we thought were even real big suspects."

The Assistant Director of the Central Missouri Humane Society, Michelle Casey, said her shelter is not taking chances.

"We're taking extra precautions just to make sure that we're on the lookout for any signs and symptoms." Casey said. "We're making sure that we know what areas the dogs we're taking in are from, if they are from infected areas. We are also isolating any dogs that are showing symptoms."

Casey said the humane society is ready if H3N2 does make its way to mid-Missouri.

"The disinfectants that we use here have been shown to combat that specific strain of flu," Casey said. "So we're lucky that we have already been using those products and, hopefully, they will help us if that strain moves into our shelter."