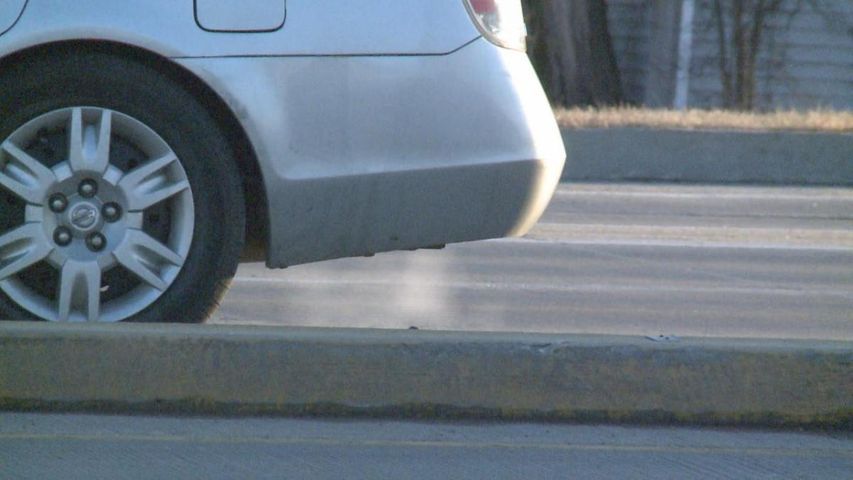 COLUMBIA - Now there's even more fuel for your hatred of waiting at red lights.

A new report out of the University of Surrey in England shows stopping at red lights while driving exposes people to high levels of air pollutants.

The report is based on a daily average driving time of an hour and a half, and says even though people only spend 2 percent of that time at lights, 25 percent of the harmful particles the driver will inhale are during that time.

These are big numbers for people like Cindy Delisle of Columbia, who said she notices the car pollutants pretty often.

"Big trucks obviously, a lot of construction, 18 wheelers, and just diesel pickup trucks are no fun to sit behind," Delisle said.

Urgent Care physician Kieth Groh said the amount of pollutants people take in can cause some serious health issues.

"Any artificial substances, like pollutants, into your lungs is undesirable," Dr. Groh said. "The effects can vary depending if you have an increased risk for having adverse effects, some of those can be immediate, if you have an allergic reaction to the car pollutants, or just slight irritants."

Groh said the pollutants have troubling short-term and long-term effects on the human body.

"Accumulative effects are probably one of the biggest issues," Dr. Groh said. "You look at the short-term which is acute irritant or allergic or asthmatic attack issues. But more the long-term, it's hard to tell what these things are doing to our bodies."

While it's difficult to avoid all air pollutants, the reports suggest keeping your windows rolled up when you are in congested traffic stops.

Looking forward, Delisle said she sees an answer to the problem.

"I think people are working on it every day. It's green energy, working on different ways to make the cars run. I think that's where the answer is going to be as far as making less emission in the environment."

[Editor's note: This story has been updated to correct grammar mistakes.]