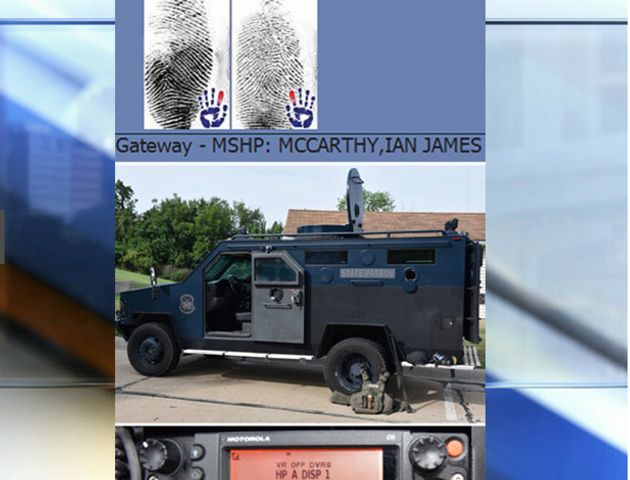 KANSAS CITY -A sergeant for the Missouri State Highway Patrol said, without the help of some new tools, it would have been impossible to find the man suspected of killing Clinton Officer Gary Michael.

Ian McCarthy was the subject of a two-day search after Sunday's shooting during a traffic stop.

The Missouri Statewide Interoperability Network (MOSWIN) is a network of communication towers, base stations, and software that helps officers from different jurisdictions communicate with each other.

"We get the information in a better and faster response," Lowe told KSHB in Kansas City.

He said the highway patrol has used MOSWIN for just a few years and that it was very useful in finding McCarthy.

“It is designed to give us more interoperability within agencies. Now we are no longer having to communicate with troop headquarters to their agency. So it is a lot quicker and safer for the officers that are out there,” Lowe said to KSHB.

McCarthy did not have any ID on him, but MSHP was able to get around that by using its mobile fingerprint system.

KSHB quotes Lowe as saying the technology can be used right at the scene of a crime.

“It scans all the fingerprints across the state of Missouri. When it gets there, it notifies the officer and gives them a name and face with the identification," Lowe said.

Gov. Eric Greitens signed the Blue Alert Bill into law last month as a way to protect the law enforcement.

It works similarly to Amber Alert by notifying people's cell phones when a law enforcement official has been assaulted.

The bill included a a measure for harsher sentences for those who assault police officers.

Lowe told KSHB it is useful to get the public involved.

“It would let the public know and, if they are in a vehicle, like if Mr. McCarthy was in a vehicle and he left, we would be able to put that in there and have more eyes on the road for us," he said.