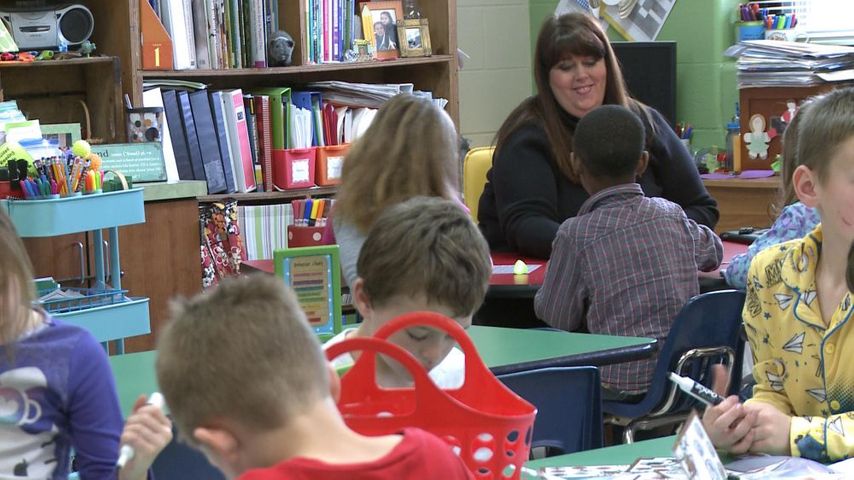 COLUMBIA - Researchers found a way to predict a kindergartner's future success in school, and identify if they may fall behind academically or socially before they do.

This test was developed by one unanswered question MU Professor of Special Education Melissa Stormont had.

"We know that kindergarten teachers are very good at being able to gage childrens' readiness, but what we don't know about so much is what exactly they are using when they think about a child's readiness. So that's been a line of research recently for myself and for my colleagues from the Missouri Prevention Center," Stormont said.

A short screening test allows kindergarten teachers to rank children on a scale for three specific questions to determine their readiness for kindergarten and future grades.

The questions may help identify the attention a child needs in order to succeed.

"It's basically just there to help those 15 percent of children who do struggle and to trigger some supports early on so we can eliminate the discrepancies that will develop between them and their peers overtime," Stormont said.

She recommends teachers evaluate their students about six weeks to two months into kindergarten in order to identify issues they may have and take the next step.

Stormant said, "What we want to do next is to figure out what skills are they lacking. According to this research some of the social behavioral skills they lacked were highly related to behaviors that require self regulation; following directions, playing well alone, playing well with others and the correlations with destructive behavior weren't as strong"

She said the screener "definitely needs to be thought of as a lens for increased focus on instruction."

Small changes in teaching could make a big difference for these children, she said.

"I would see it as trying to develop small group lesson plans for those children."

She said there should be increased focus on mini social skill lessons or ways to incorporate support for following directions.

"It can be anything as simple as increased proximity to children, increased praise for them for following directions, additional prompting or first and always instruction. Making sure children know what the expectations are cause we can't assume that they do coming into kindergarten," Stormont said.