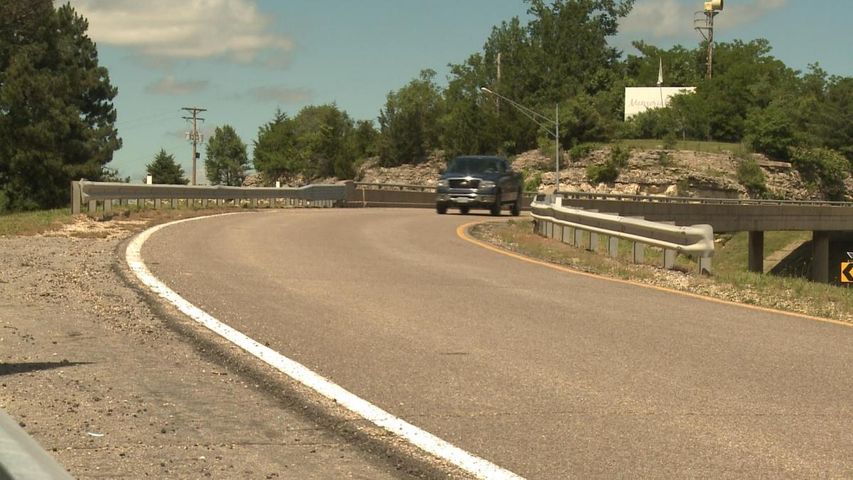 JEFFERSON CITY - Two highway intersections in Jefferson City will receive an experimental treatment starting this fall.  According to a MoDOT press release, U.S. Highway 54 at Madison Street and Missouri Highway 179 and Route C will both be treated with a High Friction Surface Treatment, designed to increase the permeability of the road during wet weather conditions.

Increased friction on the road could mean increased wear on tires.  MoDOT assistant district engineer Travis Koestner said the treatment would only be used in small patches, and cause little to no damage to tires.

MoDOT will pay for the treatments with a $150,000 grant received through the Federal Highway Administration's Highway for LIFE program.   Koestner said the MoDOT design team saw the treatment in federal highway publications and applied for the grant last fall.

The treatment is primarily used around curves and hills, where drivers need to slow down or brake.  The treatment prevents the roads from becoming difficult to stop or brake in wet conditions, and allow better control for the driver.  The section of U.S. 54 by Madison Street has a sharp curve, and the intersection of Missouri Highway 179 at Route C has a steep hill by the exit.

"Any curve in a wet condition could benefit from a higher friction surface than what pavement could normally provide," Koestner said.  "A lot of times, travelers don't slow down as much as they possibly should for road conditions, so we're looking for anything to help out with that situation."

"There's nothing magical about the locations that we picked," Koestner continued.  "They're both curves, they both could benefit from a higher friction surface than what normal pavement conditions could provide.  So we figured, 'Let's give it a shot.'"

Koestner said the Highway 54 at Madison Street curve will receive the treatment this fall, and the project would take a few days.  After analyzing traffic data along that curve, MoDOT will begin the Missouri Highway 179 and Route C project in 2014.  Koestner said MoDOT targeted places along Interstate 44 near Rolla for the treatment as well.  MoDOT will monitor if crashes reduce along the curves, and if so, they will pursue finding localized materials to lower the cost of the treatment.