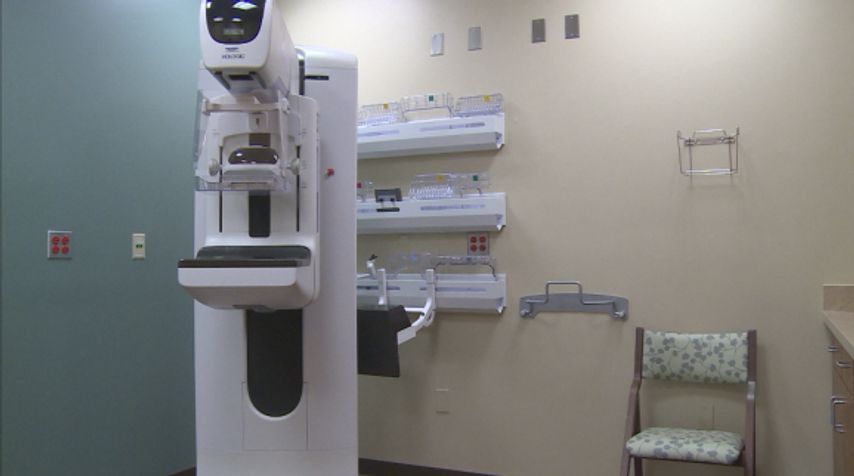 The new imaging center will be the second complete screening and diagnostic services location in Columbia, after the Ellis Fischel Cancer Center.

"We are primarily concerned on the women's imaging, so we'll be offering mammography, both 2D and 3D mammography, breast ultrasound, any breast related intervention like needle localizations or biopsy, and in addition, we have bone density scans," said Megha Garg, Chief of Breast Imaging at Ellis Fischel Cancer Center.

Garg said there's two types of mammographies: screenings and diagnostic services. There are four screening locations in Columbia, and the new Women's Imaging Center is a combination of both.

"Now we have this consolidated where we can have all the same services, so basically kind of an image of what we do at Ellis. And just consolidated all the services over here at the new center," Garg said.

MU Health Care Media Relations' Jeff Hoelscher said one of the main priorities for the new center is placed on early detection; he said the technology allows physicians to catch lumps up to two years before a woman could on a breast self-exam.

Garg said another priority for the center is convenience.

"Having everything for females when they come for a mammogram, and in case they need something else, having it in a private, just women-only area, that's very comfortable to them. And then it prevents them from shuffling to one end of the hospital to the other," Garg said.

The grand opening is scheduled for 9:45 a.m. on Tuesday. The center will be open for patients later that afternoon.